By destroying evidence, Team Mueller proved they have a lot to hide

New York City was among three cities labeled “anarchist jurisdictions” by the Justice Department on Sunday and targeted to lose federal money for failing to control protesters and defunding cops, The Post has learned.

Portland, Ore., and Seattle, Wash., were the other two cities on the list, which was approved by US Attorney General William Barr.

“When state and local leaders impede their own law enforcement officers and agencies from doing their jobs, it endangers innocent citizens who deserve to be protected, including those who are trying to peacefully assemble and protest,” Barr said in a statement set to be released Monday.

“We cannot allow federal tax dollars to be wasted when the safety of the citizenry hangs in the balance,’’ the AG added.

“It is my hope that the cities identified by the Department of Justice today will reverse course and become serious about performing the basic function of government and start protecting their own citizens.”

White House budget director Russ Vought is set to issue guidance to federal agencies on withdrawing funds from the cities in less than two weeks.

The list of cities eligible for defunding will be updated periodically, the feds have said.

It is not yet clear what funds are likely to be cut, but the amount of money siphoned from New York City could be massive, given the Big Apple gets about $7 billion in annual federal aid.

The “anarchist’’ designations come after President Trump earlier this month issued a memo ordering financial retribution against cities that have been slashing their police budgets during crime waves, or tolerating violent protests sparked by the May killing of George Floyd by Minnesota police.

At the time, New York Gov. Andrew Cuomo infamously reacted by warning Trump he should watch his step in the state.

“He better have an army if he thinks he’s gonna walk down the street in New York,” the Democratic governor said. “He can’t have enough bodyguards to walk through New York City, people don’t want to have anything to do with him.”

The Big Apple made the Justice Department’s list in part because its city council approved a budget in July that cut $1 billion from the NYPD’s $6 billion annual budget — even as murders and shootings in Gotham soared.

In July, the number of shootings in New York City skyrocketed 177 percent over the same period last year, and there was a 59 percent rise in murders. In August, city shootings soared 165 percent, while murders jumped about 50 percent.

The Justice Department said it also considered the fact that at least some of the city’s district attorneys have declined to prosecute people arrested for disorderly conduct and unlawful assembly during recent protests.

Trump, in his Sept. 2 memo, instructed Vought to issue guidance within 30 days “to the heads of agencies on restricting eligibility of or otherwise disfavoring, to the maximum extent permitted by law, anarchist jurisdictions in the receipt of Federal grants.”

“In light of this unconscionable rise in violence, I have offered to provide Federal law enforcement assistance, but both Mayor de Blasio and Governor Andrew Cuomo have rejected my offer,” Trump wrote.

“While violence has surged, arrests have plummeted. In a 28-day period during the months of June and July, [New York City] arrests were down 62 percent from the same period in 2019,’’ the presidential memo said.

“Amidst the rising violence, Mayor Bill de Blasio and the New York City Council agreed to cut one billion dollars from the New York Police Department (NYPD) budget, including by cancelling the hiring of 1,163 officers.”

Portland made the “anarchist’’ list over its more than 100 consecutive nights of protests and because Mayor Ted Wheeler expressly rejected federal help in a letter to Trump, the feds said.

The city has been roiled in violence between Black Lives Matter protesters and cops — as well as skirmishes with pro-Trump factions. Aaron Danielson, a supporter of the right-wing group Patriot Prayer, was fatally shot by Antifa activist Michael Reinoehl during one protest there at the end of August, before Reinoehl was killed by authorities days later.

The Portland City Council voted to cut its police department budget by at least $15 million in June.

Seattle was included on the Justice Department’s list because of a long-running protester “autonomous zone” and associated crime, the administration said. 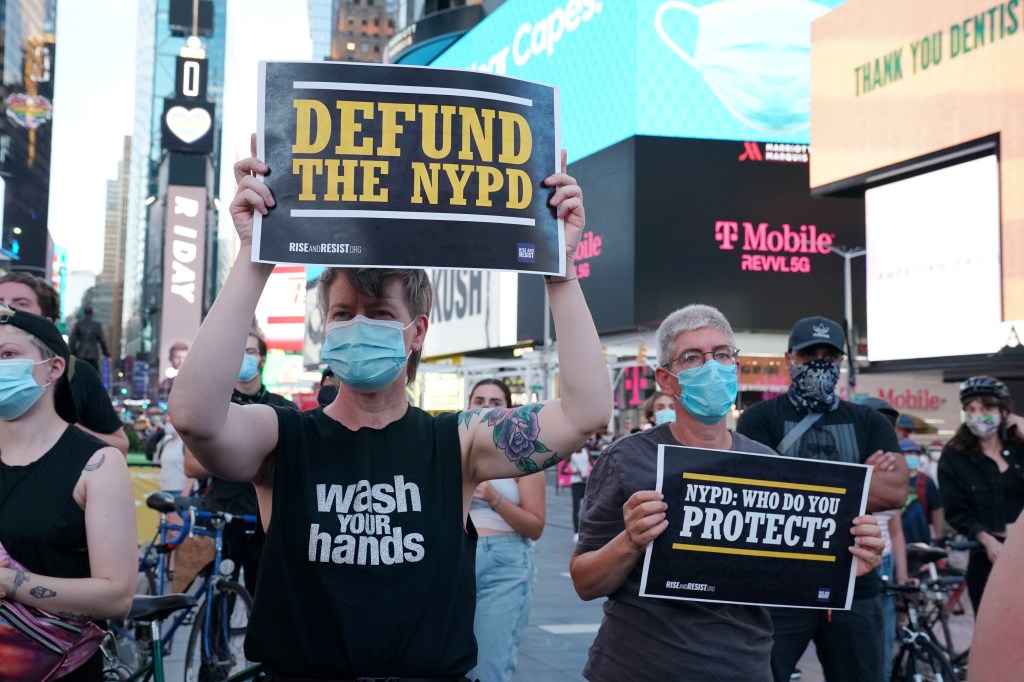 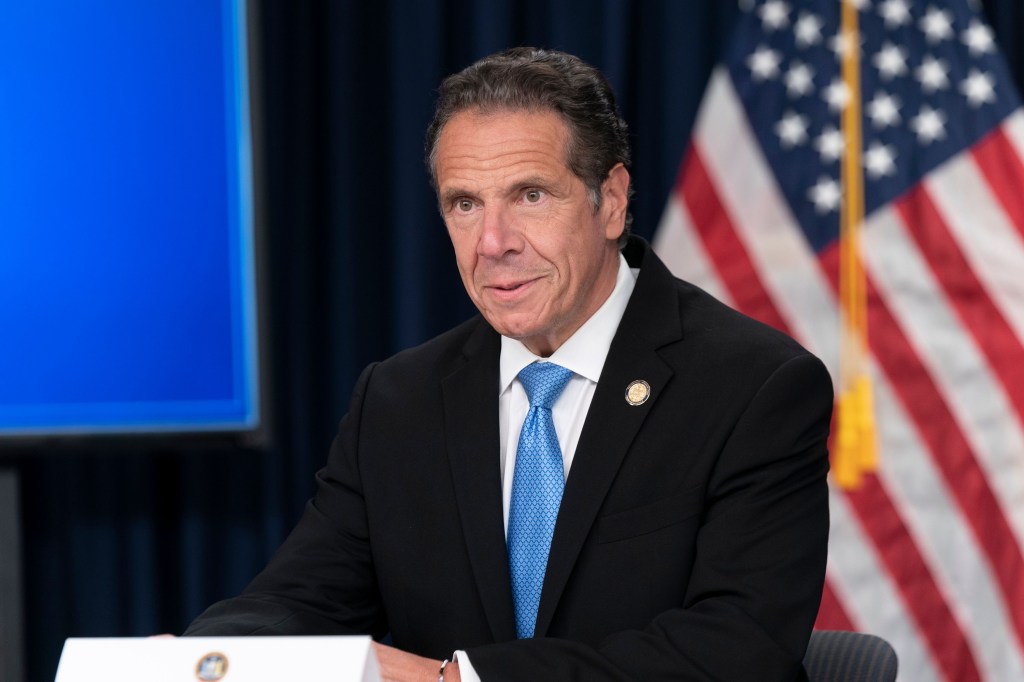 Protesters took over a section of the city for nearly a month during the summer — with police told to abandon a precinct in the middle of the area. The city’s police chief called the zone’s occupation “lawless and brutal’’ — amid a slew of shootings there, including some fatal — before the sprawling illegal encampment was finally dismantled.

Meanwhile, Seattle voted in August to cut its police budget by about $3 million.

Washington, DC, Mayor Muriel Bowser, whose city was on the initial list of targets, skirted at least the first round of federal funding cuts after moving to make peace with Trump in a recent phone call.

“She’s willing to do whatever is necessary. We had a very good talk with her,” Trump told reporters Sept. 4.

A federal appeals court earlier this year upheld Trump’s attempt to take funding from some “sanctuary cities’’ including New York City that try to protect undocumented workers from federal immigration officials. But three other appeals courts came to the opposite conclusion involving other cities.

White House press secretary Kayleigh McEnany said at a recent press briefing that the federal defunding of cities is legal, pointing to a 1987 US Supreme Court decision, South Dakota v. Dole, involving the establishment of a national drinking age of 21.

Trump has said he is making “law and order” a centerpiece of his re-election campaign.

“My Administration will not allow Federal tax dollars to fund cities that allow themselves to deteriorate into lawless zones,” Trump wrote in his memo.