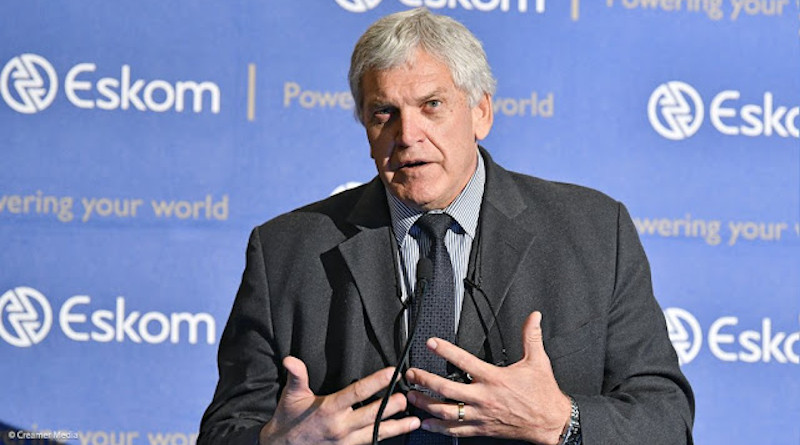 A recent high court finding against the power utility in its dispute with Aveng led to Eskom approaching Advocate Nazir Cassim to seek his counsel on the way forward in his investigation into an employee’s grievance against Oberholzer.

“This court judgment, delivered in the South Gauteng division of the High Court on 11 September 2020, was the only outstanding matter related to the aforementioned grievance.

“The employee concerned also made public allegations at the Commission of Inquiry into State Capture. Eskom wishes to set the public record straight,” Eskom said on Friday.

On 11 September 2020, the South Gauteng High Court ruled in favour of Aveng, ordering Eskom to pay more than R40 million, plus interest, until the debt is settled. The court also ordered Eskom to pay the applicant’s legal costs in the case.

Eskom had contracted Aveng for the design, refurbishment, and optimisation of the rail yard and coal offloading facility at Majuba power station.

Five payment disputes arose between the parties, resulting in an independent adjudicator awarding Aveng’s claims against Eskom during April and May 2019.

Eskom settled three of the disputes, and on the advice of the Commission of Inquiry into State Capture, withheld payment on the remaining two disputes.

When Eskom failed to pay the remaining two claims, Aveng approached the high court to enforce the payment.

The case was heard in the Johannesburg division of the high court on 18 May 2020.

Eskom will comply with the court order.

In his investigation report into the grievance against the COO, Advocate Cassim had directed Eskom to conduct a disciplinary action against Oberholzer. This is on the allegation that he had favoured the interests of Aveng (the applicant in the court case) above those of Eskom by pressuring the employee to settle a R40 million invoice due to the contractor.

Cassim had also advised Eskom to await the outcome of the court case before taking any action.

“The High Court ruling has now vindicated the COO’s stance on the payment dispute with Aveng. In a subsequent opinion, Advocate Cassim has cleared Mr Oberholzer of all wrongdoing on this matter, which brings the grievance procedure against the COO to finality,” said Eskom.

Meanwhile, the Eskom board condemned the persistent, unfounded and scurrilous allegations against its COO.

These, it said, have not only served to distract management’s attention away from the very critical job of correcting the poor performance of Eskom’s generation plant, but have also unnecessarily brought disrepute to Eskom and dragged the name of a key and dedicated employee into non-existent corruption scandals.