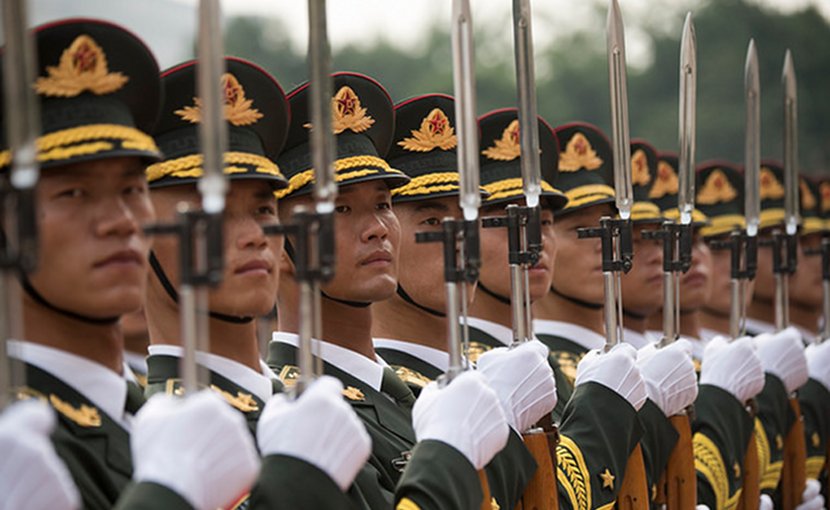 The scandal surrounding the remake of the Disney movie Mulan has again drawn international attention to the egregious human rights violations of Uyghurs and other minorities living in Xinjiang (also known as East Turkestan) in the People’s Republic of China.

Principal photography of Mulan took place in 2018 in New Zealand, as well as several locations in China. In the credits of the film, “Disney offers ‘special thanks’ to eight government entities in Xinjiang, including the public security bureau in Turpan, a city in eastern Xinjiang where several re-education camps have been documented.” When these names were noticed by moviegoers, the situation went viral and subsequently attracted international media attention. Online condemnation followed, including calls to boycott the film.

The situation in Xinjiang has been widely reported, as Beijing jailed tens of thousands of Uighurs, accusing them of inciting violence and terrorism. International human rights organizations have stated that this strategy amounts to cultural genocide, as Uyghurs in said camps are tortured and subjected to brainwashing to erase their identity. Government documents leaked in 2019 explain in detail some of Beijing’s methods and procedures in the camps. Some norms include: “increase discipline and punishment of behavioral violations,” and “make remedial Mandarin studies the top priority.”

In a September 8 press release, the East Turkistan National Awakening Movement (ETNAM), a nonviolent international political and human rights organization that seeks to restore East Turkistan’s independence, provided additional information about the areas mentioned in Mulan. For example, the statement explains that in Turpan City alone, there are at least five concentration camps and two prisons, while in Pichan County, Turpan, there are at least four concentration camps and two prisons; whereas in Toqsun County, Turpan, also has at least one concentration camp and one prison. ETNAM stresses that all of these facilities have been in operation since 2017, while many camps were expanded in 2018; meaning that they were in operation when Mulan was filmed in the area.

Salih Hudayar, East Turkistan National Awakening Movement’s Founder and President, said that by shooting the movie in Turpan, East Turkistan, where perhaps hundreds of thousands of Uyghurs are held in concentration camps and prisons, Disney is not only helping promote Chinese government propaganda but it is also helping the CCP whitewash the genocide faced by Uyghurs. Moreover, Beijing is also demonizing the Uyghurs and other Turkic peoples of Xinjiang as ‘barbarians’ and as enemies of China, Hudayar adds.

In response to the actions carried out by Beijing, London-based lawyers representing two Uighur activist groups filed a complaint against the government of the PRC at the International Criminal Court (ICC). This move has been described as “the first-ever attempt to use international law to hold China’s ruling Communist Party accountable for its draconian crackdown on the Muslim minority.” A human rights activist interviewed by the author has compared the ICC case as a sort of 21st century Nuremberg trial for well-proven crimes against humanity.

China’s problems with other ethnic groups

While the situation of the Uyghurs is rightfully gaining international prominence, more should be said about China’s alarming attitude towards ethnic Kyrgyz, Kazakhs, and Mongols in the North, many of whom are also held in so-called “re-education ” camps.” These abuses and problematic recent events also have international implications, as China’s neighbors, such as Kyrgyzstan or Kazakhstan, are increasingly frustrated with Beijing’s domestic and foreign policies.

Many ethnic Kyrgyz and Kazakhs living in Xinjiang have also been jailed, and their governments have come under pressure as they are essentially stuck between the proverbial rock and a hard place. The countries trade heavily with China, but have few resources to pressure Beijing to release these individuals, many of whom do not have dual citizenship, further limiting the legal resources that Bishkek and Nur-Sultan can provide.

Relations between the two capitals and Beijing are not easy. Both countries have borders with China, but it is trade and Chinese investment that are the mainstay of economic ties. Unfortunately, trade and investment, in addition to China’s military might and diplomatic weight, make this relationship unequal, as Beijing has many tools at its disposal to get away with whatever it wants.

While the situation of ethnic Kyrgyz in China, for example, is problematic, this is not the only source of tension between governments. Another source of tension includes certain activities by Chinese companies and firms in Kyrgyzstan, particularly in the highly-profitable mining industry. Clashes between Kyrgyz and Chinese workers have become more frequent since local residents who work in the mining industry receive a much lower salary than the Chinese. Some recent incidents include the August 2019 protests around Solton Sary mine and  February 2020 protests near the village of At-Bashi in Naryn region.

Two other sources of tension in Bishkek-Beijing relations revolve around the size of the country’s external debt to China and an increase in the number of Chinese citizens living in the country without proper work authorization. There are rumors in Kyrgyz society that these actions are part of Beijing’s foreign policy objectives by making Kyrgyzstan more dependent on China.  Moreover, as a human rights activist explained to the author, “many Chinese businesses opened their entities in Kyrgyzstan and brought ethnic Han Chinese as labors and settlers,” which has angered Kyrgyz.

There are similar tensions in Kazakhstan. In September 2019 there were unprecedented protests against the construction of Chinese companies in the country.

This asymmetric relationship also has a historical factor to keep in mind, dating as far back as the interactions, including wars, between the Han and Qin dynasties’ Central Asians. Due to space considerations we cannot discuss the common history of these countries but, as is often the case, history should not be overlooked in international affairs.

It is too early to say how the suffering of ethnic minorities in Xinjiang and the coronavirus pandemic will affect ties with Beijing, but there are some issues to keep in mind.

The first one is information. Thanks to information online about camps with ethnic-Turkic prisoners, the Kyrgyz and Kazakh population have become more aware of the situation in Xinjiang. One great example is  Sairagul Sauytbay, a 2020 recipient of the U.S. State Department’s International Women of Courage Award (IWOC). Alas, this issue is still not widely covered by the state media, as this would negatively affect ties with Beijing. The interviewed human rights activist explained to the author, “in my opinion among the people who are aware and angrier about the Chinese threat are over mid-aged and elderly people, young people seem to be not aware and not interested in being socially, politically active and responsible.”

More research, including surveys in Central Asian states among the general population, is necessary in order to understand popular perceptions about China vis-a-vis these camps and abuses. One recent piece of research, in English, is an August 2020 Kennan Cable published by the Wilson Center discussing popular perceptions in Central Asia about Russia, China, and the United States.

Issues like the camps and the coronavirus (COVID-19) pandemic could affect popular opinions in the near future. The human rights activist interviewed by the author notes that while for some time, only Kazakhs were outspoken critics of “Chinese influence and expansion in Kazakhstan and in the region. More recently Kyrgyz people also started speaking out against China after information about concentration camps in East Turkistan leaked to the public.”

Beijing is well-known for the aggressive and complex diplomatic strategies that it carries out to achieve its goals. Border countries along the East and South China Sea, as well as Southeast Asia, are well aware of how difficult it is to have China as a neighbor. See, for example China’s territorial ambitions in the South China Sea or ongoing tensions with India.

China’s relations with Mongola are also complicated these days as the Chinese government has come under criticism for “its new policy of increasingly replacing Mongolian with Mandarin Chinese as the language of instruction in Inner Mongolia schools.” China is also seeking to expand its territorial control over resource-rich southern Mongolia in the Gobi desert.

The controversy over Disney’s Mulan has brought to the spotlight, once again, the ongoing human rights abuses against tens thousands of Uyghurs in Xinjiang/East Turkestan.  However, it is important to note that Beijing has also imprisoned ethnic Kazakhs and ethnic Kyrgyz. Moreover, there are problems in Inner Mongolia, as the identity of the local inhabitants there is at risk as well – due to space issues, this commentary has not discussed the situation in Tibet, which is similarly problematic.

There is a growing anti-Chinese sentiment in these countries; unfortunately, neighboring states such as Kazakhstan, Kyrgyzstan, or Mongolia, have limited tools available to pressure China to change its policies.

The views expressed in this article are those of the authors alone and do not necessarily reflect those of Geopoliticalmonitor.com or any institutions with which the authors are associated.