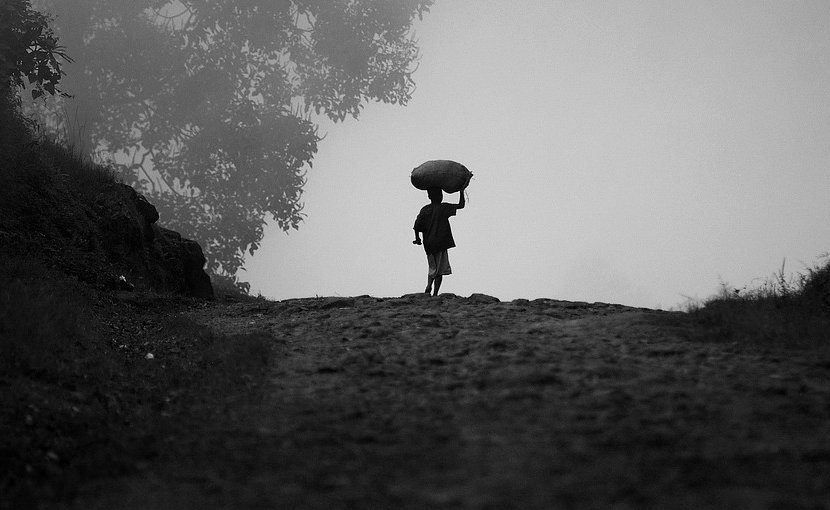 With the United Nations, I had the privilege to serve countries of east and west Africa, in two very contrasted scenarios of peace and war.

My first assignment was in Sierra Leone, where I served during the peaceful period before the start of the ten years of civil war, when there were no conflicts and things were very normal. On another assignment, I was in South Sudan, during the climax of civil war after the separation from Sudan, a very challenging situation and tough to work there due to the conflict and war between two rival group armies.

However, these two duty stations in east and west Africa allowed me to observe and study these countries, including neighboring countries’ diverse situation on social and economic environment with special references to inequality, poverty, resourcefulness, and prosperity as well.

I had a different perception, a gloomy and grim picture of poverty and backwardness, before I landed at Lungi International Airport of Freetown in Sierra Leone. However, contrary to my impressions, the environment and appearances of Freetown city was peaceful, quiet, and comfortable. My position was associated with the distribution and management of free drugs and equipment supplied by the United Nations.

At that time, one of the severe problems that Sierra Leone was facing was the high prices of medicines, because of the monopoly of certain politically protected drug importers. And the free medicines supplied by the United Nations were manipulated and misappropriated by some of the local influential authorities.

In general, the people were in a critical position lose their lives due to the unavailability of free and cheap medicines. The United Nations sent me there to control and manage the free distribution of medicines for the children and mothers of Sierra Leone. I did well during my tenure there; it gave me great satisfaction.

Fortunately, I spent my two years assignment, there with full satisfaction. However, during my stay and visit of numerous villages, I seriously observed and noticed that Freetown was not a true mirror of rural Sierra Leone. There was a huge gap in economic and developmental activities between the capital city and most rural areas.

Such a gap was comparatively higher in South Sudan, the country of my next assignment. I spent around four years there, and my work was to support the economy and revenue affairs of the government.

In South Sudan, there was nonstop domestic war between rival armies. International donors were pouring US$1 billion annually into the country to support the countries’ peace process, while there was a severe lack of budget to pay even the monthly salaries of its civil servants and security personnel. Inequalities and poverty were at an extreme level. Which seems to be common features in most African countries, that the rich have grown richer, while the poor have become even poorer.

According to a report of Oxfam International, the top one percent own more than everyone else combined in the west Africa region. For example, five of Nigeria’s richest men have a combined wealth of US$29.9 billion – more than the country’s entire national budget for 2017.

In Ghana, West Africa’s second biggest economy, one of the richest men earns more in a month than one of the poorest women could make in 1,000 years. In the decade ending in 2016, the country added 1,000 millionaires, while nearly one million more people were added to the poverty group.

Countries in west Africa lose an approximated $9.6 billion each year through corporate tax incentives offered to multinational companies. This could build about 100 advanced and hospitals each year in the region.

Women from affluent families in Mali are 15 times more likely to have received a secondary education than women from poor families. An estimated 70% of the poorest girls in Niger have never been able to attend primary school. In Nigeria, women comprise between 60% and 79% of the rural labor force, but they are 10 times less likely to own their own land than men. They are only 3.5% of the population owning farmland in the country. This level of inequality has negative effects on women, including making them more at risk to gender-based violence.

Moreover, as per an estimation of a recent report of the United Nations Conference on Trade and Development, during 15 years from start of 21st century around US$850 billion have been illegally sent out to other countries from Africa. This amount includes underground payments received in return for high value gold, diamond, and platinum. If this illegal money could have been prevented from leaving the region, there would have been enormous possibilities of development in education, health, and infrastructure development. According to the report, South Africa, Nigeria and Egypt are the major countries in sending illegal money out of the continent.

Despite large amounts of arable land south of the Sahara desert, small, individual land holdings are rare. According to an IRIN report, about 82% of the arable land in South Africa is owned by those of European descent.

Some reports reveal that over US$500 billion has been sent to African nations in the form of direct aid. However, a large percentage of the money was either invested in weapons (money that was spent back to developed nations and provided little or no benefit to the native populations) or was directly misappropriated by corrupt governments.

And large sums of money that are in Africa are often used to develop mega-projects, when the need is for smaller scale projects for the local communities. It has been seen that many mega projects only block the money with chances of little successes. When it comes to money to support social sectors and basic needs programs, there seem to be always a lack of money due to blockades of large amounts in less productive big projects.

The greatest mortality in Africa arises from preventable water-borne diseases, which affect infants and young children greater than any other group. The principal cause of these diseases is the regional water crisis, or lack of safe drinking water, unscientific sewage and drinking water supplies.

Despite other hot spots for war, Africa consistently remains among the top places for ongoing conflicts, consisting of both long standing civil wars (e.g. Somalia, Democratic Republic of the Congo, Sudan, South Sudan), ethnic conflicts that even resulted in genocides (e.g. the Rwandan genocide), conflicts between countries and inside country. As a result of war and hunger, Africa is full of refugees, who are often deliberately displaced by military forces during ethnic conflicts.

Moreover, the catastrophes cause deadly periods of great shortages. The most damaging are the famines that have regularly hit the continent, especially the Horn of Africa. These have been caused by disruptions due to warfare, years of drought, and plagues of locusts.

The quality of life does not correlate exactly with almost all nation’s huge wealth. Public health care coverage, access to water and decent education facilities for the rural communities are still far from satisfactory.

An average African faced annual inflation of over 50 percent. At the high end, Angola and the Democratic Republic of the Congo both saw triple-digit inflation in past years. Most African nations with satisfactory economies saw inflation of approximately 10% per year.

People in urban areas have better prospects of getting a job and a higher probability of getting a formal job, but there are no significant differences across provinces. Racial and gender disparities are still predominant in labor markets in many countries, especially South Africa, an enduring legacy of apartheid. Nearly half of the population of South Africa, the top rich country in Africa, is considered chronically poor at the upper-bound national poverty line.

This is an indication of a worse scenario in regard with other countries. Economic growth, largely due to the sale of commodities, simply does not reach ordinary people. To reduce the Inequality Index — to evaluate the efforts of governments in the fight against inequality, among others, tax justice, investment in education and health, and gender equality — must be in priority. Governments in the region are not particularly committed.

A decline in democracy leads to a neglect of the needs of the rural population. There are fewer incentives to take care of the things that reduce poverty.

In conclusion, there are factors that can account for sub-Saharan Africa’s disappointing poverty numbers. According to the World Bank growth forecast for the region in 2015 was 4.0 percent and if we deduct 2.6 for population growth, it would left with per capita income growth of only 1.4 percent. By that year, the global economic growth rate was 2.9 percent with population growth of 1.1 percent results in per capita income growth of 1.8 percent. Africa’s growth for that year was below the global average and the rate at which poverty is falling is less than the rate at which the population is rising, so the number of people living in poverty continues to grow.

In 2011, the average person living in extreme poverty in Africa lived on 74 cents a day, whereas for the rest of the developing world, it was 98 cents. The degree of inequality that exists on the continent is worse than it looks.

The fact that Africa is divided into so many countries masks big differences in income between them. If Africa were a single country, its inequality would look much worse. There is a degree of mismatch between where growth is occurring and where the poor are on the continent.

Regional growth acceleration has benefited Ethiopia, Mozambique, and Rwanda while the Democratic Republic of the Congo and Madagascar have recorded little or no growth over the past 20 years, and the number of poor people in these countries has risen accordingly.

The final factor concerns data quality. Poverty estimates are drawn from household surveys which in most African countries are conducted infrequently. Those that do take place often suffer from operational glitches that affect the credibility of the results. The number of poor people in Africa is expected to remain close to 400 million in 2020, despite a forecast of ongoing robust economic growth.

In the near future, African governments are likely to face another problem: The coronavirus, which could not only cause challenges to the health systems of African countries but is already leading to a deceleration of the global economy. The prices of oil and other commodities will drop and countries that live on the export of these commodities will have to go further into debt.

*Hari Prasad Shrestha was Under secretary under Ministry of Finance Nepal and associated with United Nations Development Program in Africa. He has written a book – “The Violent Nile: A Novella on East Africa” — and a contributing writer to South Asia Journal USA and contributes to international dailies.

The article Why Are Majority Of People In Africa Poor, Despite High Economic Growth? – OpEd appeared first on Eurasia Review.