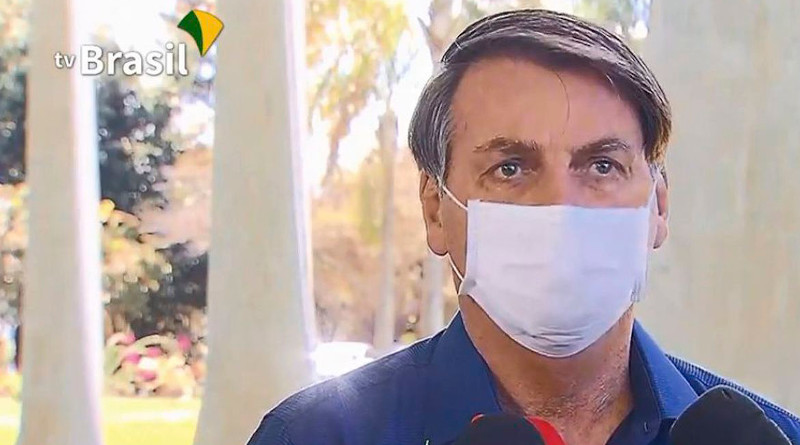 From the outset of the COVID-19 pandemic, many analysts have expressed the viewpoint that it would be beneficial from the perspective of authoritarian leaders, as it would provide them with the perfect storm to raise the stakes when it comes to curtailing civil liberties. While this has certainly been the case in countries such as China and Hungary, another group of statesmen regarded as having authoritarian tendencies, which together have been dubbed the “Ostrich Alliance,” have bucked this trend by not imposing a lockdown on the national level. Few analysts would have likely predicted that three of the leading politicians to enter the anti-lockdown camp would be Belarusian President Aliaksandr Lukashenka, his Brazilian counterpart Jair Bolsonaro, and Nicaraguan head of state Daniel Ortega. While these political figures’ decisions to keep their societies open in the midst of the pandemic appear to be counter-intuitive and have hardly been vindicated in terms of garnering political capital, it is worth trying to understand the possible motivations behind their actions.

One well-known take on authoritarian or semi-authoritarian rule is that it has the markings of a “contract” between dictators and different constituencies, with the latter agreeing to limit their political participation and give up certain liberties in exchange for economic security. Thus, one of the hallmarks of an autocrat’s legitimacy is the guarantee of economic stability and the provision of livelihoods for the vast majority of citizens. In the case of Belarus, Brazil, and Nicaragua the economic prospects even prior to the coronavirus pandemic were pessimistic. Economic growth in the former Soviet republic was slow during 2019 and new Russian ‘tax maneuvers’ introduced in the latter half of 2019 resulted in serious losses of oil revenue for the Belarusian state. Brazil’s economy continued to be fragile during Jair Bolsonaro’s first year in office, with relatively low levels of economic growth. Similarly, Nicaragua’s economic fortunes during 2019 were unsatisfactory, with the country experiencing a negative growth rate and enjoying limited investor confidence. Thus, the COVID-19 crisis appears to have arrived at a rather inopportune moment from the standpoint of these countries’ leading politicians, probably exacerbating their fears that a lockdown would further worsen economic prospects and potentially bring about a wave of popular discontent due to rising unemployment, threatening their grip on the country. Even during the massive protests held in August 2020, Lukashenka (whose policy approach to COVID-19 put his political survival in greater jeopardy in comparison to his counterparts in Brazil and Nicaragua) continued to accord priority to an economic framing of the issues, insisting that the Belarusians’ grievances are mostly attributable to lack of employment.

It is also the case that the social fragmentation and wide inter-class disparities that are a feature of Brazilian and Nicaraguan societies would have necessitated a very strict nation-wide lockdown in order to ensure proper compliance, which would have in addition to the economic costs of enforcement arguably posed a threat to the careful balancing act between “carrots” and “sticks” that typically sustains authoritarian regimes. As for Belarus, while an effective lockdown would have in theory been much easier to implement than in the two Latin American countries, it would have likely necessitated delegating certain tasks and encouraging proactive thinking on the part of the regional authorities, which would have been potentially at loggerheads with the highly centralized nature of the state.

Another problem of authoritarian or semi-authoritarian regimes is that their leaders feel compelled to project an image of strength and resilience when it comes to both themselves and the national communities they represent. This makes it more difficult for them to lead by example with respect to pandemic control measures such as the wearing of face masks, and also causes them to be reluctant to cancel mass participation events that are intended to fuel nationalist sentiments. A testament to this way of thinking is Lukashenko’s March 2020 statement that “It’s better to die on one’s feet than live on one’s knees” as well as his refusal to refrain from holding the Victory Day parade in May 2020.

Furthermore, some of the authoritarian leaders’ appeal may be attributed to their willingness to valiantly go against the grain and oppose the ‘liberal consensus’ of international relations. In Lukashenko’s case, he may have hoped that a hands off policy toward the coronavirus would have the markings of a distinctly Belarusian approach to the crisis, in opposition to both the Western European and the Russian playbook, especially taking into account the deterioration in relations between Belarus and Russia in early 2020. Regarding the need to avoid the stigma of cowardice being attached to one’s public persona, US President Donald Trump (who of course does not fit the definition of an authoritarian leader but has been accused of praising authoritarian-minded politicians) has himself alluded to the image problems he would face if he wore masks, as this could from his standpoint give American journalists the excuse to portray him as a leader without fortitude.

It is thus perhaps not too surprising that Nicaragua’s Daniel Ortega, who has cultivated a macho image, and Jair Bolsonaro of Brazil, who in many of his statements has opposed what he deems to be a coronavirus hysteria, have been the very opposite of draconian in their responses to the pandemic. In a sense, COVID-19 is an example of a real health scare with an unclear duration that cannot be swept under the carpet and deprives authoritarians from the opportunity to manufacture a crisis of their own choosing that would allow them to relish the feeling of being in control.

While they should not be regarded as excuses for policy failures, certain objective geographical factors might have also affected the leaders’ policy calculations in the cases of Nicaragua and Belarus. The former is traditionally among the least visited of the Central American states and while tourism in Belarus has picked up significantly after the easing of the visa regime in 2017, it is still not among the top 10 travel destinations in Europe. Thus, from their authoritarian leaders’ perspective, the fact that their countries were not among the most globalized in the world might have played a part in encouraging them to prioritize border closures and quarantines for international travelers over stringent national lockdowns to prevent community spread.

What is clear is that the gambles of these three countries’ statesmen do not appear to have paid off, with Lukashenka seeing his position within the country significantly weakened following the largest anti-government protests since his election in 1994, Bolsonaro having to contend with a drop in his popularity throughout the first half of 2020, and popular support for Ortega dwindling as well. It would seem as though authoritarian leaders and those politicians aspiring to emulate their policies cannot reasonably expect to win over their constituents and avoid challenges to their rule by becoming suspiciously permissive and reluctant to exercise leadership in those situations when an epidemic causes most citizens to prioritize health and safety over economic rights.

The views expressed in this article are those of the authors alone and do not necessarily reflect those of Geopoliticalmonitor.com or any institutions with which the authors are associated.