– Tonight, Donald Trump tweeted “Trump just tweeted “The Fake News refuses to cover the fact that GDP went.” Then he deleted it. Whatever was left of his mind is completely gone.

– Some public figures are pretty stupidly throwing away their careers and reputations this week in order to endorse Trump, a white supremacist criminal who’s going to lose anyway, and whose very name will come to be regarded by history as pure evil. We’re looking at you, Jack Nicklaus and Lil Wayne. Good luck living down your endorsement of a Nazi on his way out the door.

– Trump’s Omaha rally put people in the hospital for hypothermia. His Tampa rally had several people succumb to the heat. His Rochester rally had to be downsized at the last minute. His Fayetteville rally has been postponed. Trump’s rallies have turned into a disaster for reasons that go beyond the fact that he’s idiotically holding them during a pandemic.

By now you’ve already seen Democratic candidate Jon Ossoff utterly eviscerate Republican Senator David Perdue to his face during their debate this week. This prompted Perdue to come up with a convenient excuse to skip their next scheduled debate. Now Perdue is really getting destroyed.

As the public continues to be outraged by David Perdue’s racist and cowardly behavior, a number of them have flocked to Perdue’s Twitter account, where they’ve found his pinned tweet about a bus tour. It currently looks like this: 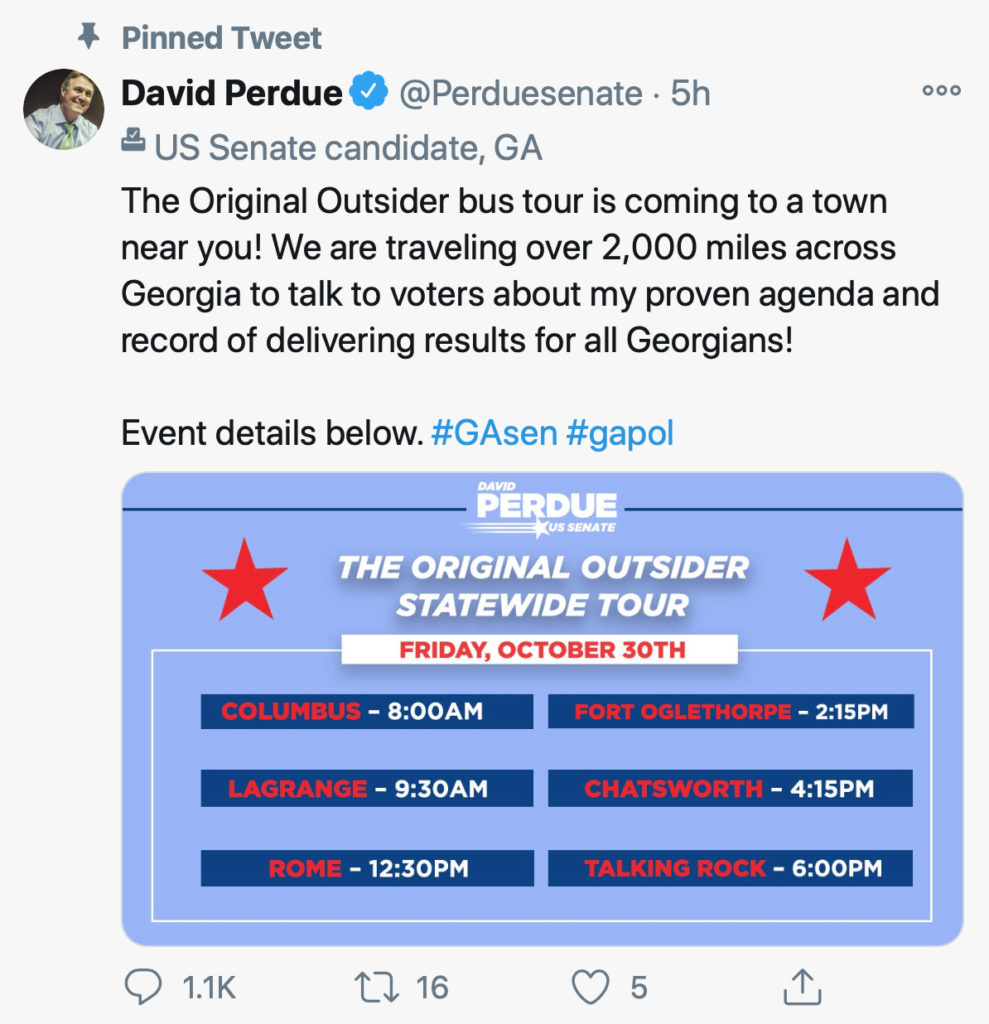 That’s right, David Perdue’s tweet now has 1,100 mostly negative comments, and just five likes. We’ve seen some ugly ratios on Twitter, but we didn’t know that a ratio this large was even possible. Remarkably, the tweet doesn’t even have anything to do with Perdue’s latest controversies; it’s just the first tweet in his timeline. That’s how upset people are at him. You can support Jon Ossoff here.