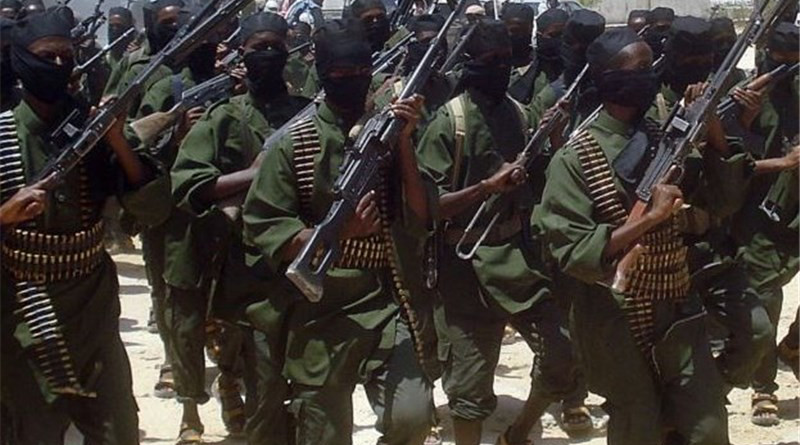 Africa experienced 1,168 terrorist attacks from January to August 2020 – 18% more than the 982 incidents in the same period in 2019. Years after numerous counter-terrorism operations were deployed, including the African Union (AU) Mission in Somalia (AMISOM), the Multinational Joint Task Force (MNJTF) against Boko Haram and many non-African missions, the continent is no closer to defeating or containing violent extremism.

The threat is even spreading to regions such as the Great Lakes and Southern Africa, and to countries such as Mozambique and West African coastal states that until recently hadn’t experienced such attacks.

Increasingly, extremist groups are able to launch and sustain military offensives. They’ve developed the capacity to finance their operations through illicit international networks and transnational crimes such as piracy and mercenary activities, along with trafficking in people, counterfeit goods, drugs, firearms and natural resources.

In some cases they hold territories that are already experiencing instability. Their job is made easier when states have weak security institutions, poor governance and large ungoverned spaces. Another factor is the return of foreign fighters to these areas following the fall of Islamic State in Iraq and Syria.

The PSC discussed the proposal on 28 October. Members acknowledged that violent extremism had become a continent-wide threat that required bolstering Africa’s responses. But the council couldn’t agree on whether a counter-terrorism unit under the ASF was the best response.

A taskforce comprising all stakeholders including the PSC Military Staff Committee, regional mechanisms and AU security cooperation agencies has been formed. It will evaluate the technical, structural, doctrinal and financial implications of the proposed unit and submit proposals to the PSC in the next six months. The AU’s Specialized Technical Committee on Defense, Safety and Security will also provide input.

A counter-terrorism unit under the ASF could help streamline the ad hoc nature of existing missions that some African states believe has made it difficult to fine-tune a structured response to terror threats. Under the ASF, the AU’s counter-terrorism operations can be supported by the African Peace and Security Architecture.

Africa’s response to terrorism could also expand from its current heavy military focus to include non-violent preventive measures aimed at the underlying conditions driving radicalisation and violence.

An amendment to the definition of peace support operations (PSOs) in the PSO Doctrine that is currently under revision should be endorsed by the PSC before the February 2021 AU summit. This policy recognises that AU-authorised or -endorsed multinational and multidimensional operations deployed to restore or maintain peace amount to PSOs. If this definition is endorsed, African-led counter-terrorism missions will be able to access funding from the Peace Fund.

Some members of the PSC believe however that the proposed unit would create redundancy. This is because the ASF – as it stands – is expected to have a multidimensional capability to respond to violent extremism.

Experts also question the merits of an additional counter-terrorism unit in Africa, calling for existing mechanisms to be held accountable. Others criticise the lack of regional consultations before the proposal was discussed at the PSC, as each regional body has already established counter-terror mechanisms. Some states worry about anti-terrorism units composed of contingents outside their regional bloc, and not under their direct control, being deployed in their ‘neighbourhood’.

While the AU has developed a general definition of terrorism, what qualifies as a terror threat is articulated differently by member states. This will become a major obstacle in deciding whether the ASF should be deployed in response to specific ‘terror’ groups.

To reach consensus on the proposed unit under the ASF, the PSC must agree on a draft United Nations (UN) resolution regarding accessing UN-assessed contributions. It must also decide on what kinds of interventions will be aided by the Peace Fund, and conclude the Common African Position on Financing.

Annette Leijenaar, Head of Peace Operations and Peacebuilding at the Institute for Security Studies, argues that ad hoc arrangements are nimble ways to address the terror threat in geographical areas that are in the operational theatre of the countries involved in the ad hoc missions. They can also receive funding from the European Union and other partners, which is less complicated than getting financial support from the UN.

The AU’s definition and mandate of PSOs differ from those of the UN. While the UN Security Council increasingly depends on the AU for deployments in response to terrorism in Africa, the global body continues to insist that UN-mandated PSOs cannot take part in military responses to terrorism.

Ad hoc counter-terrorism missions in Africa currently focus more on military responses to extremism. Yet as experiences worldwide show, these interventions alone cannot overcome the threat. Adopting a hybrid definition of PSOs would help the AU address this problem. However it’s unclear whether the UN would support the AU’s definition of PSOs.

If the PSC endorses the proposal to form a counter-terrorism unit under the ASF, it will have to negotiate extensively with the UN Security Council. The significant doctrinal variance regarding the deployment of PSOs for counter-terrorism missions, so as to access UN-assessed contributions, needs to be resolved.

Source: This article was first published in the ISS’ PSC Report.

The article Counter-Terrorism In Africa Must Adapt To New Realities – Analysis appeared first on Eurasia Review.