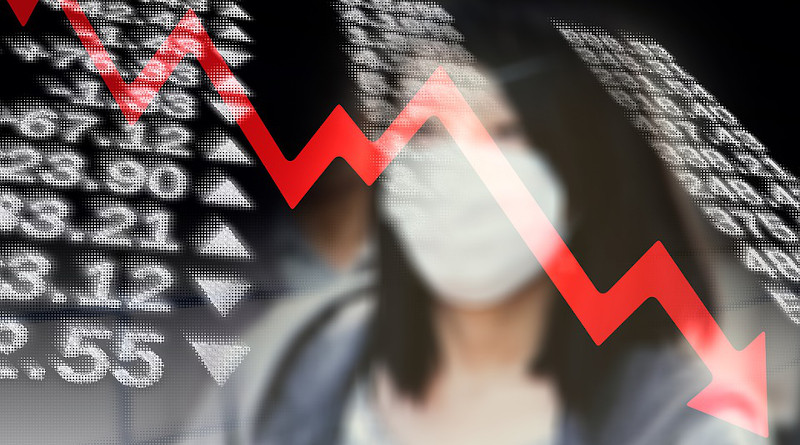 By Chan Kung and Wei Hongxu*

The COVID-19 pandemic has had a profound impact on the global economy and financial markets. At present, there are signs of a second wave of the pandemic, with the number of cases in Europe, the United States, and other places rising again as control measures are relaxed and the weather changes. More market participants are beginning to focus on whether the global economy will be able to pick up quickly in the future. Long-term factors affecting the economy as a result of countries’ unconventional policies to deal with the pandemic are still accumulating and worsening, especially debt problems caused by the expansion of fiscal spending, which will have a profound impact on global economic development. This means that after a brief liquidity crisis, the road to economic recovery is still long and distant.

In response to the impact of the pandemic, major economies such as China and the United States adopted loose monetary policies and expansionary fiscal policies to strengthen the prevention and control of the pandemic, and rescue their economies from the downturn. According to the Bank for International Settlements (BIS), the global debt-to-GDP ratio rose to an all-time high in the first quarter of this year, with all debt in the non-financial sector now accounting for 252% of global GDP. This figure stood at 240% at the end of 2019, a record quarterly increase. At the same time, global sovereign debt has soared, rising by 10 percentage points to 89% of GDP, the biggest quarterly increase on record. In fact, it was only in the second quarter that most developed countries stepped up their macroeconomic policy support, so the situation in the second quarter is likely to be more severe. The IMF estimates that countries around the world have collectively spent nearly USD 11 trillion in response to the pandemic, which will take global public debt to an all-time high this year. According to the data, the global public debt-to-GDP ratio has exceeded 100% this year, the average public debt-to-GDP ratio in advanced economies will exceed 120%, and the average public debt-to-GDP ratio in G7 countries is approaching 140%.

The immediate concern is whether the surge in leverage will worsen and if sovereign debt can be sustained as the COVID-19 pandemic continues to spread. From the perspective of the financial crisis in 2008, the public debt ratio of some European countries involved in the European debt crisis at that time was around 150%. COVID-19 once again brought the public debt ratio of these European countries back to or even more than the previous high. Although the EU has decided on a EUR 750 billion recovery plan, it remains to be seen whether it will be effective in dealing with the prolonged pandemic.

As far as the sustainability of sovereign debt is concerned, there are no precise indicators that can be measured yet. For example, Japan’s public debt ratio is set to exceed 250% under Abenomics and Japan’s public debt has been rising steadily over the past three decades. However, Japan’s debt problem has not been a worry, and the Japanese yen is even favored as a safe haven currency. The logic behind may be that Japan’s economy has been able to maintain low growth for a long period of time, allowing the public debt to continue. Yet, the long-term impact of the COVID-19 pandemic on economic growth is already apparent; in a downturn, as was the case after 2008, sovereign debt problems are likely to spread rapidly as the economy worsens.

In the short term, the debt problem does not appear to be pressing. A research of China Merchants Bank analyzed the government debt interest expenditure in the United States, the United Kingdom, Germany, as well as five countries that experienced European debt crisis, and found that the proportion of both interest expenditure as a share of nominal GDP and fiscal expenditure showed a downward trend. Thus, it seems that a debt crisis is still some way off. Another evidence is that the prices at which CDS on sovereign debt is traded also suggest that financial markets do not expect an imminent sovereign debt crisis. This is due to the current zero/negative monetary environment under the ultra-loose monetary policy, which has reduced government funding costs.

However, the low-interest rates and the decline in the level of inflation go hand in hand, indicating insufficient effective demand and a lack of economic growth. Governments’ macro policies would be caught in a paradox, i.e., either accepting a long-term co-existence of low-interest rates, low growth, and high debt level; or continuing the monetary easing and picking up the inflation, thereby to boost the nominal growth and “offset” the debt. But rising interest rates are more likely to cause huge public debts to explode, and whether the level of inflation can be controlled will test the central banks’ policy capacity. If inflation gets out of control, higher interest rates are more likely to overwhelm the economy and financial markets, and the global economy will return to the “stagflationary” period of the 1970s.

The sharp increase of public debt may bring about structural changes in the economy as a whole, affecting not only economic development, but also social development. Whether it is buying corporate debt directly or “handing out of candy” to the households to cope with personal financial spending, soaring public debt means the government’s role in economic activity is becoming increasingly important. This is bound to affect the overall pattern and direction of global economic development. Ding Anhua, the chief economist at China Merchants Bank, also said recently that public debt is not just an economic issue but could turn into a complex political issue. This means the return of the government intervention in the economy, history will enter a phase dominated by strong governments, and the market mechanism will lose its former role. This is a great change that does not subject to the will of man.

It seems that the government’s fiscal deficit will be hard to restrain as the pandemic continues. The simultaneous fiscal and monetary expansion will result in the accumulation of monetary value and sovereign credit risk. International organizations such as the World Bank and the IMF have begun to warn that some emerging markets with fragile economies and finances could be the first to face a crisis, as is already happening in Argentina, Brazil, India, and other countries.

Fundamentally, the solution to the public debt problem and to the sovereign debt crisis still depends on the economy’s endogenous growth to increase fiscal revenues and reduce deficits. However, the multiple blows bring about by the pandemic are posing challenges to long-term economic growth. In this light, control of the pandemic is the most urgent of all the problems facing countries today. As IMF economists noted, with the novel coronavirus bringing “great uncertainty”, the top priority is to address public health issues. “Only by bringing the pandemic under control can we reduce uncertainty and create the conditions to reinvigorate investment, sustain economic recovery and transition to the sustainable and inclusive growth model,” as stated by an IMF economist.

With the resurgence of COVID-19, countries are accumulating huge debt risks to cope with the economic crisis brought on by the pandemic. Such pressures will change the trends and patterns of international economic development and could be one of the long-term effects of the pandemic on the global economy.

Wei Hongxu, graduated from the School of Mathematics of Peking University with a Ph.D. in Economics from the University of Birmingham, UK in 2010 and is a researcher at Anbound Consulting, an independent think tank with headquarters in Beijing.