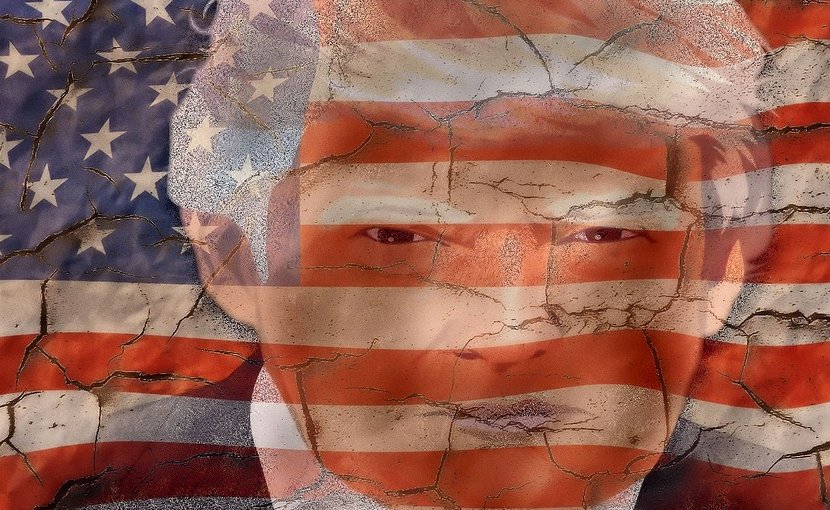 It was now the turn of other states to vent about, and at, the United States.  The 2020 US presidential elections were coming down to a razor sharp wire.  The Democrats were starting to feel confident in the swing states.  Republicans and the Trump camp were mustering aggressive arguments on potential electoral fraud, lawyering up the heavies.  The picture is increasingly ugly, and the view from political outsiders is a mix of concern laced with a touch of bemusement.

Various countries and organisations were weighing in on the US elections in a manner normally reserved for seedier regimes and states in ill repair.  The International Crisis Group, in a report published just prior to the election, is all warning and woe.   “The 2020 US presidential election presents risks not seen in recent history.  It is conceivable that violence could erupt during voting or protracted ballot counts.  Officials should take extra precautions; media and foreign leaders should avoid projecting a winner until the outcome is certain.”

The last line has a fabulously understated tone of irony, given the more than enthusiastic pronouncements previously made by US administrations on which spoiler should be recognised over another in the elections of other countries.  Interfering in the elections of other states has been something of a Washington speciality, notably since the nascent days of the Cold War.

The Crisis Group believes that the US is in a terrible mess, a patient politically ill.  “Beyond the implications for any Americans caught up in unrest, the election will be a harbinger of whether its institutions can guide the US safely through a period of socio-political change.”

The Organisation for Security and Co-operation in Europe has suggested that President Donald Trump risked causing harm to “public trust in democratic institutions” notably in prematurely claiming victory.  Polish ambassador Urszula Gacek, as chief of the US OSCE’s mission, despaired at the rash of lawsuits already dotting the political landscape.  Such cases were “changing the rules of the game while the game is still going on.”  (For the untutored, this assessment is understandable; but any seasoned observer would have to accept that behind every US election lies an army of lawyers in brief wielding wait.)  The body’s 30 observers and 11 election experts took note of “grave concerns” from US election officials that legitimacy was being questioned “due to the incumbent President’s repeated allegations of a fraudulent election process.”

A range of reactions have also been documented – anonymously, naturally – by Time.  One “senior western official” was “shocked that Trump rejected a peaceful handover of power.”  Another noted concern about impending “chaos”, adding that, “Everyone here is armed.”  Diplomatic missions and embassies in Washington were preparing for something akin to an apocalypse.  Some diplomats have wondered whether to arm themselves in the event of violent demonstrations engulfing the city.

The view from various US allies has also been one of caution tempered with fear.  Over his tenure, Trump has been rather moody about the transatlantic alliance.  “This is a very explosive situation,” warned the German defence minister Annegret Kramp-Karrenbauer.  “This is a situation that can lead to a constitutional crisis in the US, as experts are rightly saying. And it is something that must cause us great concern.”

EU foreign affairs minister Josep Borrell was more measured.  “The American people have spoken.  While we wait for the election result, the EU remains ready to continue building a strong transatlantic partnership, based on our shared values and history.”

Fans of US imperial power were also melancholy about the election outcome so far.  In Britain, it was typically vicarious, a fear that Anglophone democratic standard bearing was in for some punishment.  “My biggest worry,” speculated former foreign secretary Jeremy Hunt, “is that we forget that the US is the leading democracy in the world, and if we end up with a huge argument about process, and people talking about a stolen election left, right and centre, we are only going to put a smile on the face of people like President Putin and President Xi who will look at their own people and say ‘are you not pleased we have not got this mess?’ and that would be an absolute disaster.”  In his assessment, Hunt espouses the conventional, error filled wisdom about the US being a democracy, when it would be best described as a republic with plutocratic credentials.  But myths need nourishment and encouragement.

Thinking in the vein of the indispensable nature of US power, Sir Nigel Sheinwald, former UK ambassador to Washington, was very much of the school that the US had underperformed in turning inward.  Trump had not fulfilled the remit given US leaders for generations.  “I fear we will get more of the same or, even worse, an even worse, an even more unpredictable and inconsistent leader than in the first term.”  A eunuch presidency in the making.

In Russia, some of the sharper comments could be found.  Konstantin Korsachev, chair of the upper house Federation Council committee of foreign affairs, insisted that Russia benefitted “from any certainty in which losers won’t need to resort to [claims of] foreign interference.  It’s time for America to return to the politics of sanity, in which case we will always support it.”  The path to sanity may be rather more cluttered than Korsachev thinks.

The article The US Presidential Election: The View From Outside – OpEd appeared first on Eurasia Review.