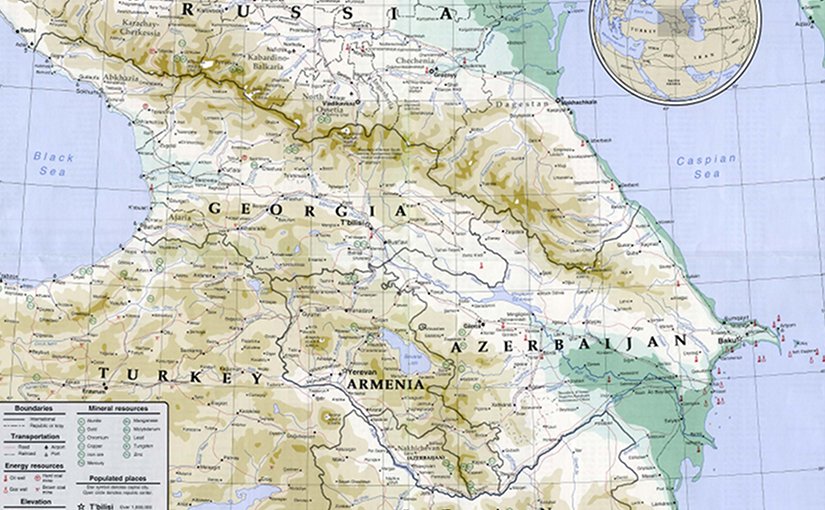 After 43 days of military clashes in the Nagorno-Karabakh border region, Azerbaijan and Armenia have agreed to a tenuous truce. Various aspects of the cease-fire deserve detailed analysis.

This article will focus on those aspects relating to Russia’s return to one of its former “backyards,” the South Caucasus.

Following the collapse of the Soviet Union in the 1990s, Azerbaijani citizens of ethnic Armenian origin in the autonomous Karabakh region declared independence, but this was not recognized by any country, including Armenia. In the clashes that followed, Armenia occupied the autonomous region, plus seven provinces of Azerbaijan proper.

The UN Security Council adopted four resolutions urging Armenia to withdraw from the occupied Azerbaijani territories, but Armenia did not move.

Azerbaijan understood that a more elaborate longer-term strategy was needed to liberate its occupied territories. It took 26 years to work out this strategy. It established a well-trained professional army, bought arms and military equipment from Russia, the US, India, Israel and Turkey, and carefully avoided unnecessarily provoking Russia. It maintained fairly good relations with the US and bought armed and unarmed drones from Turkey. To boost army morale, it carried out joint military exercises with Turkey.

When Armenia gave Azerbaijan an excuse to retaliate over an unprovoked attack, it launched a military operation, defeated the poorly equipped Armenian army and forced it to sign a deal that provided for the withdrawal of Armenia from all occupied Azerbaijan territories.

Turning to the question of Russia’s return to its former backyard, Russian President Vladimir Putin was not pleased with Nikol Pashinyan’s election as Armenian prime minister and his pro-Western policies. When Armenia asked Putin to stop Azerbaijan’s military operations according to the Collective Security Treaty Organization (CSTO) — Moscow’s equivalent of NATO — the Russian leader found excuses for not intervening on the grounds that the Azerbaijan attack was not directed at the territory of Armenia proper.

After Azerbaijan troops liberated around one-third of its lands occupied by Armenia and posed an immediate threat to Stepanakert (Khankendi) — the capital of the autonomous region of Nagorno-Karabakh — Russia turned to the Lavrov plan prepared years ago. This provided for the withdrawal of Armenia from the occupied Azerbaijani territories, allowing Armenia to use the corridor that links Nagorno-Karabakh to Armenia proper, and open a similar corridor to link the Azeri exclave of Nakhichevan to Azerbaijan proper.

The plan also included the deployment of Russian forces in Azerbaijan to monitor its implementation. So, several years after leaving, Russia returned to Azerbaijan, becoming the arbiter of the deal.

This meticulous plan solved several problems at the same time: It avoided the seizure of the capital Stepanakert, saved the Armenian army from a major defeat, and allowed Azerbaijan to recover its occupied territories. It further consolidated cooperation with Turkey, because Turkish military observers were also going to be deployed in monitoring offices, but not in the field.

The Lavrov plan also outsmarted the US and France — two other co-chairs of the Minsk Group, which was established to seek a lasting solution to the Karabakh problem. After Russia solved the Karabakh issue, it invited the representatives of Washington and Paris to Moscow to tell them how it solved a problem that the three countries were unable to solve for 26 years.
Russian military presence in Azerbaijan is initially scheduled for five years, but may be extended if the parties agree. This could mean an indefinite Russian presence in Azerbaijan.

The exact toll of the clashes has yet to be officially revealed, but more than 5,000 civilians and military are believed to have been killed. Civilian infrastructure has been destroyed. Armenians who have to vacate the lands they usurped are setting fire to Azerbaijani houses they have occupied for almost 20 years.

By attacking and seizing several provinces of Azerbaijan, Armenia may have bitten off more than it can chew. A talented and sophisticated people like the Armenians should have calculated more realistically the limits of what they could achieve. The incitement of diaspora Armenians in the US and France may have misled them. Hopefully they will avoid pushing the Armenians to engage in new adventures.

If the cease-fire holds and Armenia fulfils its commitments, Azerbaijan will be the biggest winner, because it has recovered its occupied territories. The second-biggest winner is Russia, which has returned to its former backyard.
Karabakh’s future status remains uncertain. It is unclear if it will remain an autonomous region within Azerbaijan. Russia may keep it as a sword of Damocles hanging over the head of both Armenia and Azerbaijan.

• Yasar Yakis is a former foreign minister of Turkey and founding member of the ruling AK Party. Twitter: @yakis_yasar

The article Russia Strengthens Its Hold On The South Caucasus – OpEd appeared first on Eurasia Review.