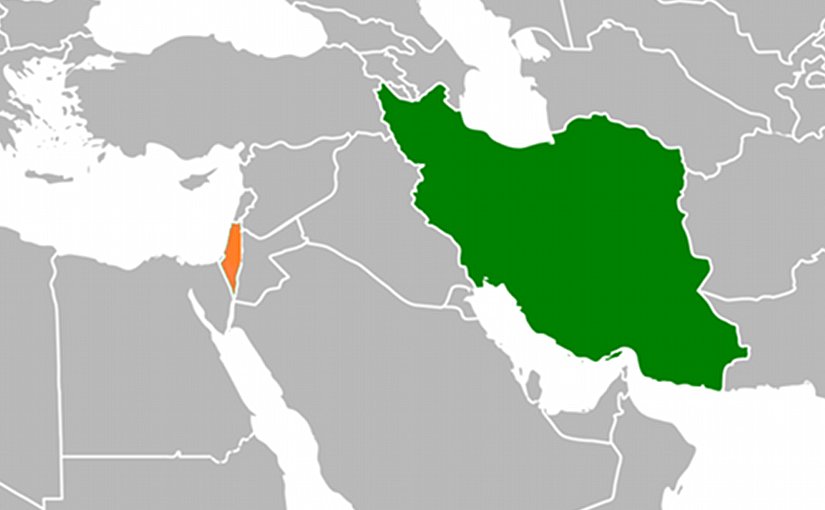 If Iran set out to test Israel’s nerve and resolve twice in the past four months through direct involvement in the placing of roadside bombs in Israeli-occupied territory in the Golan Heights, the result was unequivocal and decisive.

Israeli warplanes responded by striking several targets in Syria linked to Iran, reportedly killing scores of Iranians and Syrian soldiers. Tehran’s denial of any casualties among its ranks was greeted with skepticism.

For Israel, infiltration of the part of the Golan Heights it controls and the targeting of military personnel there represents the crossing of a red line. It inevitably provoked a response designed to leave the regime in Tehran in no doubt about Israel’s determination to prevent a front line being opened so far from Iran and relatively close to Israel’s urban centers.

Israeli security officials blamed Iran’s elite Quds Force, a branch of the Islamic Revolutionary Guard Corps directed by Tehran, for planting the antipersonnel mines. Had they not been discovered and disarmed, and Israeli soldiers had been harmed, the response against Iranian-linked targets would have been much more punishing, resulting in an escalation of hostilities that neither side at this point favors or can benefit from.

Iran has a clear interest in exploring Israel’s security vulnerabilities as it seeks to avenge previous encounters in which the Israelis had the upper hand, and to deter future activities. Yet the regime in Tehran is well aware that in terms of the balance of power between the two nations, Israel, with the support of the US and the backing of most of the region, holds all the military and political advantages. Meanwhile Iran’s adventurism and destabilization efforts are, for the most part, being successfully contained.

In the twilight of the Trump administration, during the transitional period before the new president takes office in January, Iran is probably more anxious than it has been for some time. This nervousness was heightened by reports that President Donald Trump recently asked senior advisers to present him with options for attacking Iran’s nuclear sites. For now, it seems Trump has been convinced by advice against a military operation of this nature, for fear it could lead to a broader conflict across the region.

However, the pressure on Iran’s nuclear program will not necessarily ease when Joe Biden takes up residence in the White House. In fact Tehran might find itself in a more difficult position if he adopts a more nuanced, though assertive, approach that sets clear criteria for incentives or punishments for Iran, depending on its activities related to the development of its nuclear program and its destabilizing efforts in the region.

Should Washington under Biden pursue such a policy, Tehran will not be able to use an uncompromising attitude from a US administration as a pretext for accelerating its nuclear program, supporting militancy and extremism in the region, or intervening in the domestic affairs of other countries, including Iraq, Syria, Lebanon and Gulf Cooperation Council nations, with the sole aim of weakening rival governments.

Israel is increasingly aware of Iran’s presence and activities, whether close to the border with Syria, meddling in the Israeli-Palestinian conflict by providing assistance to Hamas and Palestinian Islamic Jihad, or sponsoring and supplying the military capabilities of Hezbollah in Lebanon.

Since the war began nearly 10 years ago in Syria, with Tehran supporting Bashar Assad’s brutal regime, Iran has embarked on a range of strategies to increase its influence on Israel’s neighbor. But the most acute and immediate threat to Israel as a result of Iran’s activities along its borders emanates from Tehran’s support for Hezbollah in Lebanon.

According to the US State Department, Iran provides Hezbollah with $700 million in funding a year and supplies it with precision weaponry, much of which the Syrian government allows to be transported through its country en route to Lebanon.

The close relationship between Tehran and Hezbollah has prompted some commentators to brand it the most successful export of the Iranian revolution. This “success story” is armed to the teeth and for years has disrupted Lebanese politics. It has developed military capabilities that can target almost anywhere in Israel with rockets and missiles, and created cross-border tunnels that, until their recent discovery, potentially allowed militants to enter and operate inside Israel.

Tehran’s Lebanese ally is a tool that ensures Israel remains under constant threat of a massive attack and deters Israeli military operations in Iran. However, it leaves Lebanon in the permanent shadow of a potential large-scale military conflict with the Israelis.

In a departure from customary denials, Israeli authorities admitted carrying out the recent retaliatory strikes against Iranian targets in Syria. This indicates they have evidence that the Quds Force was behind the roadside bombs, and sends a signal to Tehran that they will not hesitate to abandon ambiguity if necessary and intensify their actions against Iranian forces in Syria should they feel threatened.

There is risk attached to going public and acknowledging this military operation, as it is bound to force Tehran into some sort of response, although the timing, location and severity is impossible to predict. Israel’s bold reaction and admission of responsibility might reflect confidence in the belief that Iran, rather than retaliating, will clearly understand any provocation will not be tolerated, especially inside territories controlled by Israel. It might also be a demonstration by Israeli authorities that they have both the intelligence and the capacity to hit Iranian targets near and far.

The boldness of the Israeli response, the number of casualties and the immediate admission of responsibility for the strikes clearly got under the skin of the Iranian leadership, which warned Israel that the “the era of hit and run is over.” Whether actions will follow the rhetoric remains an open question.

What the Iranian leadership fails to take into account is that it has been playing with fire through its activities in Syria, its support for extremism in Palestine and its capacity building of the Hezbollah military threat.

While the regime in Tehran most likely does not want a direct confrontation with Israel — and the main objective of its activities is to deter its most powerful opponent in the region — its actions might have the opposite effect and bring down a huge calamity upon itself.

The article The Stakes Get Higher Between Israel And Iran – OpEd appeared first on Eurasia Review.