McCarthy: Why is Swalwell still in Congress after China spy report?  Yahoo News

GUEST BLOG – Ross Meurant – THE SPY LEFT OUT IN THE COLD  thedailyblog.co.nz 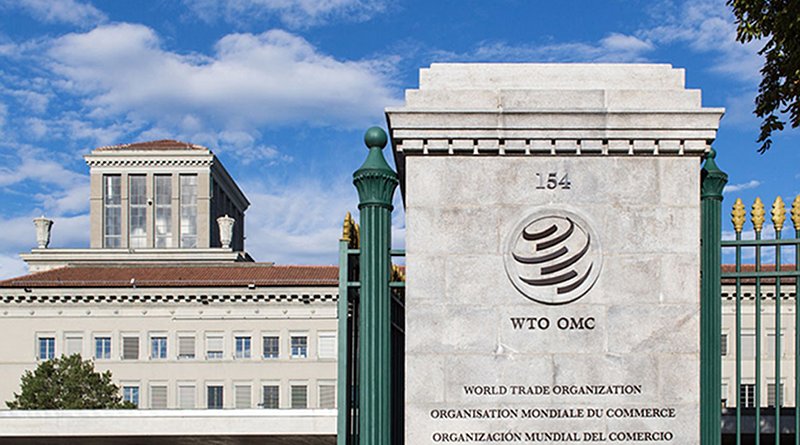 As the incoming Biden administration considers the state of the World Trade Organization (WTO), it will find an organisation in disrepair. Trouble was already brewing before Trump’s term of office, with the failure of the Doha Round negotiations, mounting frustrations with the Appellate Body, and setbacks to the plurilateral trade negotiating agenda.

But the WTO’s decline accelerated dramatically over the past four years, with the United States retreating from leadership, the US–China trade war spilling over to Geneva, and the many excessive trade restrictions imposed worldwide through the COVID-19 crisis. With Director-General Roberto Azevedo’s early departure, the WTO leadership transition has since been less than smooth, with no one serving in an acting capacity and the United States blocking consensus on a new director-general.

There are still glimmers of hope. Middle powers have undertaken important work, such as the recent statement on trade and health issued by Canada, the European Union, Japan, Australia and others. President-elect Biden has also emphasised the importance of working with allies and partners and through international organisations to achieve US foreign and economic policy objectives. And it is hoped that a new director-general will be selected soon to advance the organisation’s important work.

With a long list of issues requiring attention, the Biden team needs to sort out its priorities and separate what can be accomplished and how soon. When the new administration considers near-term objectives, it should be mindful of the upcoming 2021 WTO Ministerial Conference. To demonstrate commitment to repairing and revitalising global rules-based trade, there are a series of immediate actions that could be taken early in the new administration’s tenure.

First, by lifting the US reservation on Ngozi Okonjo-Iweala for director-general, the Biden administration stands to gain immediate international goodwill. The move would allow Geneva to shift its focus towards substance in the lead up to the Ministerial Conference. Dr. Okonjo-Iweala is highly qualified, having risen to the top of contention, and the sooner the United States joins in the consensus to select the Nigerian candidate, the sooner attention can be redirected towards the substantive agenda.

An early visit to Geneva by the new US Trade Representative (USTR) would help set the tone for US engagement in revitalising the WTO. Sessions could be held with the newly-appointed director-general, as well as Geneva ambassadors, to survey first-hand the situation and formulate initial thoughts  on priority reform efforts. A visit would be in striking contrast to Trump administration USTR Robert Lighthizer’s WTO engagement. He never once visited Geneva as USTR and frequently skipped mini-ministerial meetings in third countries.

A critical step in fixing the broken dispute settlement mechanism would be for the new administration to table proposals for Appellate Body reform, recognising that success would need to be accompanied by negotiation of new rules in other areas. Since blocking the appointment of new Appellate Body members, the United States has not shared its views on the approach to a concrete reform agenda, instead pressing discussions around the underlying divergent views among delegations.

Meanwhile, other member countries, as well as the former chairman of the WTO Dispute Settlement Body, have put forward ideas aiming to address US concerns. The Biden team should draw from this rich input and the detailed suggestions of other trade experts that have also been floated. Negotiation will be difficult but the paralysis needs to end if a functioning WTO has any chance of surviving.

While the Trump administration identified challenges to the current WTO system posed by non-market economies, particularly China, it fell far short of delivering meaningful results. The Biden team has underscored the importance of working with partners and within international institutions to address these problems. As a first step, the incoming administration should finalise the trilateral work with the European Union and Japan on industrial subsidies, recruit wider international support, and submit a proposal to the WTO for negotiation.

While progress is being made in plurilateral negotiations on e-commerce, a wider agreement is still far from reach. The lack of multilateral rules in this critical sector reinforces the narrative that the WTO is falling into irrelevance. The incoming administration has the opportunity to light a fire under negotiations. It can work with others to step up high-level engagement from capitals. More importantly, it can spur momentum by launching digital trade negotiations among like-minded countries in the Asia Pacific region.

Many in the region have already concluded or are in the process of negotiating digital trade agreements among themselves, building on the Trans-Pacific Partnership platform. If robust regional progress is made, others are likely to become more serious about the WTO talks, not wanting to be left behind.

These suggested actions would help pave the way for the Biden administration to make an early and constructive impact on WTO reform and contribute to the success of the 2021 WTO Ministerial Conference. But this list is not exhaustive; reform to developing country status and trade aspects of other global issues, including in climate change and health, are also overdue.

The United States should not be relied on to pick up the mantle alone. For the WTO reform agenda to succeed, others will also need to step up to the plate and move out of their comfort zones.

*About the author: Wendy Cutler is Vice President of the Asia Society Policy Institute, Washington DC.

Source: This article was published by the East Asia Forum

When corrupt Texas Attorney General Ken Paxton filed a bizarre election lawsuit today aimed at helping Donald Trump, Palmer Report pointed out that it had literally zero chance of going anywhere, and that Paxton was surely just trying to get Trump to pardon him.

Sure enough, Rachel Maddow used her MSNBC show tonight to go into more detail about the story. Paxton is facing a potential ninety-nine year prison sentence in Texas for financial fraud, which he’s been abusing his office to fend off. But as Maddow pointed out, Paxton is also now under active investigation by the FBI. No wonder Paxton is trying to impress Trump in the hope of a federal pardon.

Meanwhile, Maddow also confirmed something that Palmer Report was hoping would be the case. In his dismissal of the Michael Flynn case today, Judge Emmet Sullivan did indeed include language expressing doubt as to whether Flynn’s preemptive pardon can prevent him from being charged with additional crimes. This opens the door for the DOJ to indict Flynn again once Trump is gone.