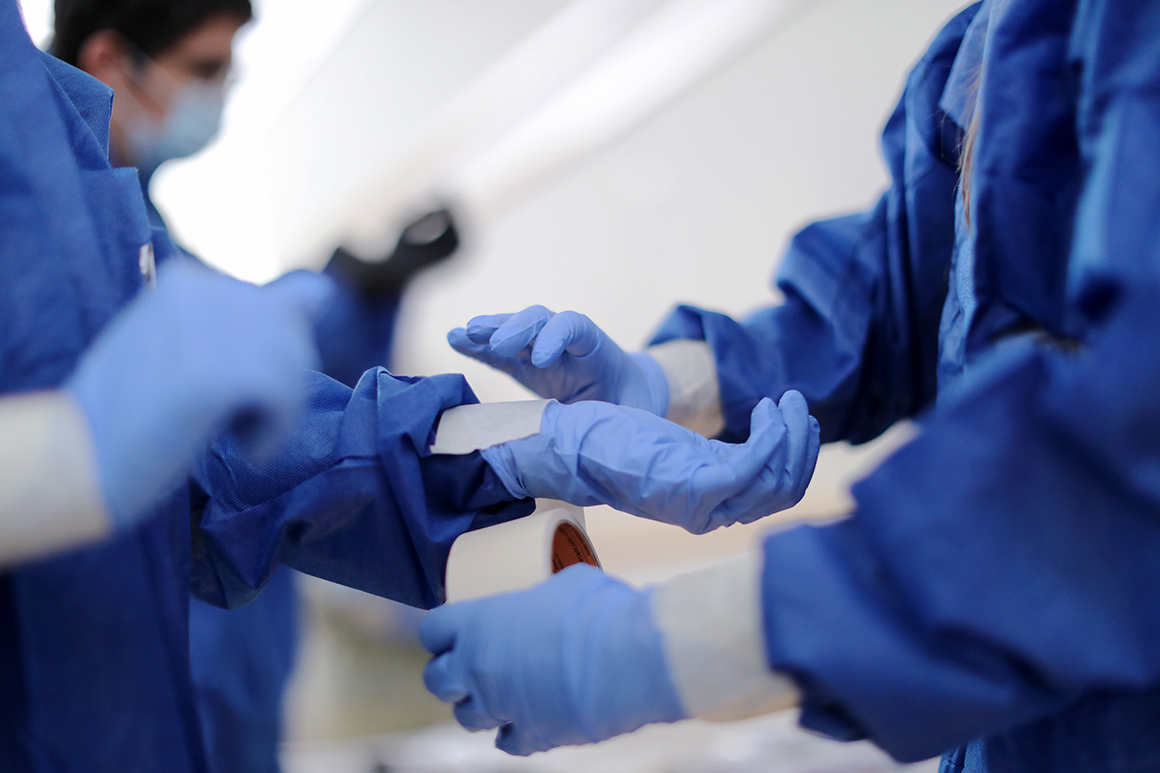 Documented Covid-19 cases in the United States surged past 20 million on Friday amid record hospitalizations and staggering numbers of daily deaths, according to a tracker maintained by Johns Hopkins University.

The 20 millionth case comes less than two months after the country tallied its 10 millionth. The U.S. leads the globe in Covid-19 deaths, with the disease claiming the lives of nearly 336,000 people.

Health officials have repeatedly asked Americans to cut down on holiday travel to help limit the spread of Covid-19, but many are still traveling. Roughly 7.2 million people passed through U.S. airport security checkpoints in the past week compared to 16.7 million during the same period in 2019, according to data from the Transportation Security Administration.

Daily cases averaged more than 178,000 and daily deaths 2,280 over the past week despite holiday data disruptions, according to the COVID Tracking Project. More than 125,000 people are hospitalized with the disease.

Sen. Mitt Romney (R-Utah) on Friday said that the federal government must step up its vaccination planning and administration efforts. The effort to date “is woefully behind,” he said, calling on the Trump administration to add vaccination sites at schools across the country. So far the federal government is leaning on retail pharmacies and hospitals to administer the bulk of Covid-19 shots.

“That comprehensive vaccination plans have not been developed at the federal level and sent to the states as models is as incomprehensible as it is inexcusable,” Romney said.

As of Dec. 30, states had received 12.4 million doses of the Pfizer-BioNTech or Moderna Covid-19 vaccine. But only 2.8 million people have gotten the first of a series of two shots of either vaccine, according to CDC data.

While the data is likely lagging behind actual numbers of vaccinations, federal officials have acknowledged the country failed to accomplish the Trump administration’s year-end goal of getting 20 million shots into arms.

Former FDA Commissioner Scott Gottlieb, who sits on the board of Pfizer, has repeatedly called on the government to rapidly deploy all available doses of Covid-19 vaccines instead of holding back half to ensure second doses are available for those who received an initial dose.

Earlier this week, a new Covid-19 variant first detected in the United Kingdom that appears more transmissible — but not more deadly — was discovered in California, Colorado and Florida.

“I think we need a sense of urgency about this,” Gottlieb told CNBC’s Closing Bell Thursday. “And the new variant I think adds to that risk. Because if we don’t get control of this epidemic wave more quickly — and the vaccine is a tool to do that — it creates more opportunity for this new variant to start spreading more widely.”