Donald Trump’s money faucet is getting turned off  CNN 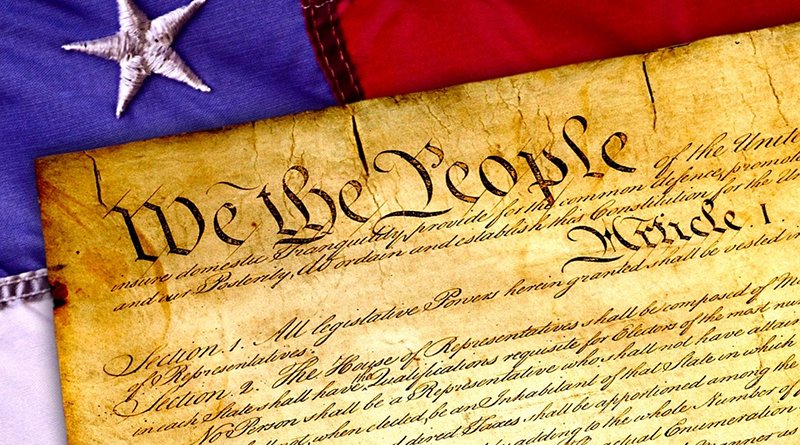 There has been some talk about using the 25th Amendment to the Constitution of the United States to remove President Trump from office. The Amendment enables the vice president to do this with support from a majority of “principal officers of the executive department.”

This is not going to happen, but I would not be unhappy if it did, and my opinion has little to do with President Trump. It would set a precedent making it easier to invoke the 25th Amendment in the future, which would reduce the discretionary power of the president.

My view has little to do with President Trump, who has less than ten days in office, and everything to do with curbing the expanding powers embodied in the presidency. As originally designed in the Constitution, the president is the head of one of three branches of government that were designed to check and balance each other. Throughout the twentieth century and into the twenty-first, the powers of the presidency have been expanded, lessening those checks and balances.

President Trump has provided an excellent opening for applying the 25th Amendment, in that he is not physically or mentally incapacitated, but has taken some questionable actions since the election, such as pressuring Vice President Pence to refuse to certify the electoral votes and inciting a mob to invade the Capitol. Invoking the 25th Amendment now would set the precedent that it can be used in cases where a majority of the president’s cabinet view the president’s actions as inappropriate.

Along similar lines, some people have been critical of the impeachments of Presidents Clinton and Trump, claiming they were frivolous and politically motivated. But here again, the precedents set send a message that Congress may use its powers to check and balance the powers of the presidency.

The mechanisms embodied in the 25th Amendment, and the impeachment powers of Congress, are reminders that the president has limited powers that can be constitutionally revoked.

In today’s political environment, there is an additional element of intrigue surrounding the 25th Amendment. Democrats are more likely to support removing President Trump from office, while Republicans are less likely (despite Trump losing political allies at what appears to be a fairly rapid clip). Down the road, it has been suggested that applying the 25th Amendment now to President Trump would make it easier for Democrats to apply it later to President Biden, which would elevate Kamala Harris to the presidency–something the more left-leaning elements of the Democratic party would like to see.

Donald Trump is having a bad day to put it mildly. He’s being impeached again. Patriots head coach Bill Belichick just refused Trump’s Medal of Freedom. Trump even lost a golf tournament. But here’s the kicker: he’s losing money tonight, and a whole lot of it.

It’s not just that Signature Bank is closing down Trump’s bank accounts, which are worth more than $5 million. Deutsche Bank, essentially the only lender he had left, has decided to cut Trump off as well, vowing not to lend him any more money or do any future business with him.

This is a big deal because Donald Trump is about to face a huge creditor squeeze, with most of his properties deeply in debt, not enough income to service his debts, and no reason for his creditors not to crack down on him now that he’ll no longer be able to use his office to punish them. Now the one bank that could have tried to bail Trump out is instead cutting him off. His financial world is in freefall.