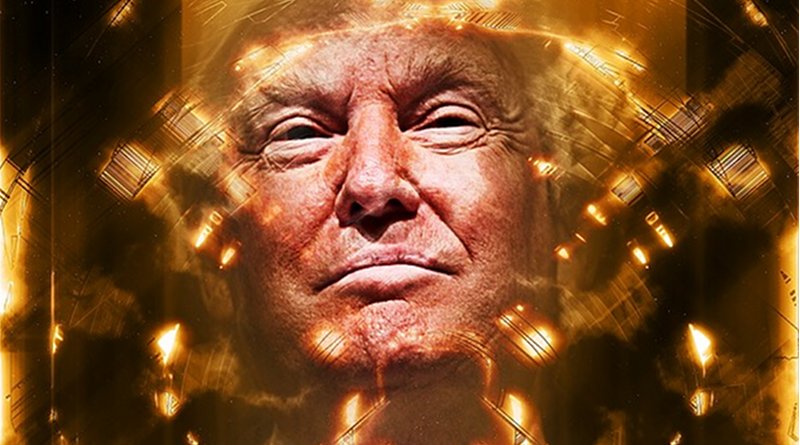 Certainly, I was one among those who have been seeing the positive aspects of Trump administration during the last four years, applauding him whenever his decisions deserved. Most of the steps initiated by Trump have been in tune with the poll promises he made and none of his decisions were against the interests of USA.  Even his worst critics should recognize this ,though they do not do so.

Of course, the COVID 19 crisis brought Trump’s administration to a crisis point, though I believe that no other President could have handled the grim situation better. The crisis was overwhelming and came without a warning, with everyone including the medical researchers being at a loss, not knowing how to tackle the grave situation. The ground reality was that no drug or vaccine were available for treating  this virus and there were even considerable confusion about what type of virus it was and how it originated.

I have not been a follower or admirer or blind supporter of Trump. But, I was only trying to be fair in my judgement about his administration. I honestly believed that Trump deserved a second term. However, the citizens of USA decided otherwise during the Presidential election.

While Trump thinks that the election was rigged leading to his defeat, most  Americans do not think so and most people in the world do not think so. The positive feelings towards Trump would have been strengthened, if he had gracefully accepted the defeat and greeted the winning candidate Joe Biden. Unfortunately, Trump behaved in a graceless manner, unbecoming of a US President. He is reacting like a street urchin.

In the process, he belittled the glorious traditions of American democracy in the eyes of the world and has done incalculable harm to the reputation of America. Now, it will take very long time for USA to retrieve its image as a vibrant democracy and a country of educated and thinking people.

As a climax to the hate campaign of Trump after the election, the riot in Capitol Hill took place. Though Trump has been saying that the riot was due to the spontaneous angry outbursts of his supporters, nobody believes him.

On the other hand, most people think that Trump instigated the riot, which made every one wonder whether Americans erred seriously when they elected him as President. Now, it appears that Trump will not relax or reconcile and could use his supporters to put many stumbling blocks in the administration of Joe Biden. Today, most of the Americans and people in the rest of the world look at him as a villain with vengeful attitude.

It is now feared that the supporters of Trump could hold violent demonstrations in different cities in USA when Joe Biden is sworn in as the next President. This may or may not happen and may be an exaggerated fear. However, the fact that such fear exists at all speaks volume about the suspicion prevailing among the people about the motives and intentions of Trump, which clearly indicate the steep decline in his image all over the world.

In a noisy and free countries like India and USA, which some critics describe as chaotic democracies, it is not difficult to motivate or organize a group of people to hold demonstrations or protest meetings. The majority of people do not approve such behavior of groups of people whatever may be the cause. Nevertheless, such protestors get huge media publicity which creates a false  impression that the country is in turmoil.

What the USA needs today is for Trump to withdraw from his political activities and say so openly.