With one week to go until America’s political elite gather at the Capitol grounds for Joe Biden’s inauguration, federal agents are racing to track hardcore insurrectionists, according to Financial Times.

Still, the FBI has no idea who planted two pipe bombs outside the Washington headquarters of the Republican and Democratic parties during the day Trump supporters stormed the Capitol building.

The feds fear hardcore insurrectionists remain at large within the Washington Metropolitan Area that may incite violence ahead or during President-elect Joe Biden’s inauguration on Jan 20.

“Many of Us will return on Jan 19, 2021, carrying Our weapons, in support of Our nation’s resolve, to which [sic] the world will never forget!!! We will come in numbers that no standing army or police agency can match,” wrote NBC, who was quoting a popular Parler (Paler is now extinct) account that frequently posts about QAnon.

Joanna Mendelson, associate director at the Anti-Defamation League’s Center on Extremism, told FT that “calls for violence against law enforcement and encouragement to armed struggle . . . and warnings to get ready because this is only a taste of what’s to come.” 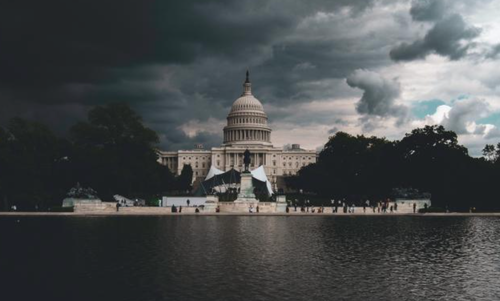 The Feds have opened more than 170 cases on pro-Trump supporters who were caught on camera raiding the Capitol. Many of them have been arrested and charged with trespassing to sedition.

In response, the National Guard has deployed thousands of guardsmen in the metro area, especially around the Capitol complex. A metal perimeter fence has been erected around the entire facility to deter violent protesters from entering.

On Tuesday, Gen. Hokanson, chief of the National Guard Bureau, significantly upped the number of guardsmen to the Capitol from 6,000 to 15,000. A move that would only suggest credible threats lingered ahead of Joe Biden’s Inauguration.

“There is growing concern that violent extremists are emboldened by the breach of the Capitol, which means the clock is ticking on taking down the most influential incites of violence before they act again,” said Frank Figliuzzi, former FBI assistant director and NBC News security analyst.

Megan Squire, a senior fellow at the Southern Poverty Law Center who studies online extremism, told FT that extremists would be focused on Biden next week.

“On Jan 6, their energy was focused on Congress. On the 20th, their energy will be focused on Biden. That’s concerning, especially since they’re not remorseful or ashamed. Right now it looks not great,” Squire said.

“They would love to disrupt the inauguration – they’re violent revolutionaries who wish to kill their enemies,” warned Mike Rains, who operates Adventures in HellwQrld, a podcast centered around QAnon.

“They’d love it if the coup had gone better.”

Days after the presidential election, Oath Keepers militia leader Stewart Rhodes told Infowar’s Alex Jones and Owen Shroyer that armed members of his militia are positioned around the metro area.