Artificial intelligence has been touted as the next frontier in technological innovation by the world’s brightest minds and celebrity CEOs like Elon Musk, who predict a hyper-connected future where big data, smart infrastructure, and biology all fuse into what ‘futurist’ Ray Kurzweil and others call the technological singularity.

In his 1999 breakout best-seller titled ‘The Age of Spiritual Machines’, Kurzweil takes the concept first developed by mathematician Vernor Vinge about the merger of technology and human intelligence to an absurd conclusion based on a superficial understanding of mankind’s spiritual nature, in which machines achieve consciousness and co-exist side by side with living organisms in a bleak universe bereft of any connection to natural reality.

As we move into the second decade of the twenty-first century, the ideas Kurzweil brought into the mainstream are being aggressively pursued by Big Tech outfits like Google, which currently employs the author as a director of engineering, and have been enthusiastically embraced by important sectors of the global economy.

Reflecting this trend, the National Artificial Intelligence Initiative Act (NAIIA) became law on the first day of 2021, officially bringing the full power of the U.S. government to bear through the National Science Foundation (NSF), National Institute of Standards and Technology (NIST) and the Department of Energy, whose already considerable spending on AI research and development has now been codified into law.

The passage of the bill follows a pattern begun in the Reagan years, when the Republican icon signed National Security Decision Directive NSDD 145 making intellectual property a matter of national security, effectively opening a backdoor to America’s largest corporations like IBM and Pfizer to shield their commercial interests behind the full might of the U.S. federal government.

The NAIIA is a continuation of the undeniable symbiosis between government and corporate America, who are together leading us into Kurzweil’s AI dystopia, cloaked behind pseudo-environmental marketing devices like the “green economy” or “sustainable development” on the commercial end and tired concepts of technological primacy vis-à-vis China on the geopolitical end.

But, scientists and researchers are finding out the true cost AI will have on the planet, belying the claims made by the captains of industry and owners of capital who are moving full steam ahead in their campaign to implement an AI-driven socio-economic paradigm, which is at once designed to rid them of troublesome and expensive human labor while, at the same time, rescuing a mortally wounded capitalist system.

A recent study by researchers at the University of Massachusetts Amherst revealed that the energy required to train a number of AI models would far exceed those of current technology, and carbon emissions from such a massive energy consumption would dwarf those of what we now consider modern lifestyles.

Among their findings, the researchers calculated that at the pace AI is being trained across industries, CO2 emissions from this activity would equal five times the lifetime emissions of an average car or 626,000 pounds of carbon dioxide. 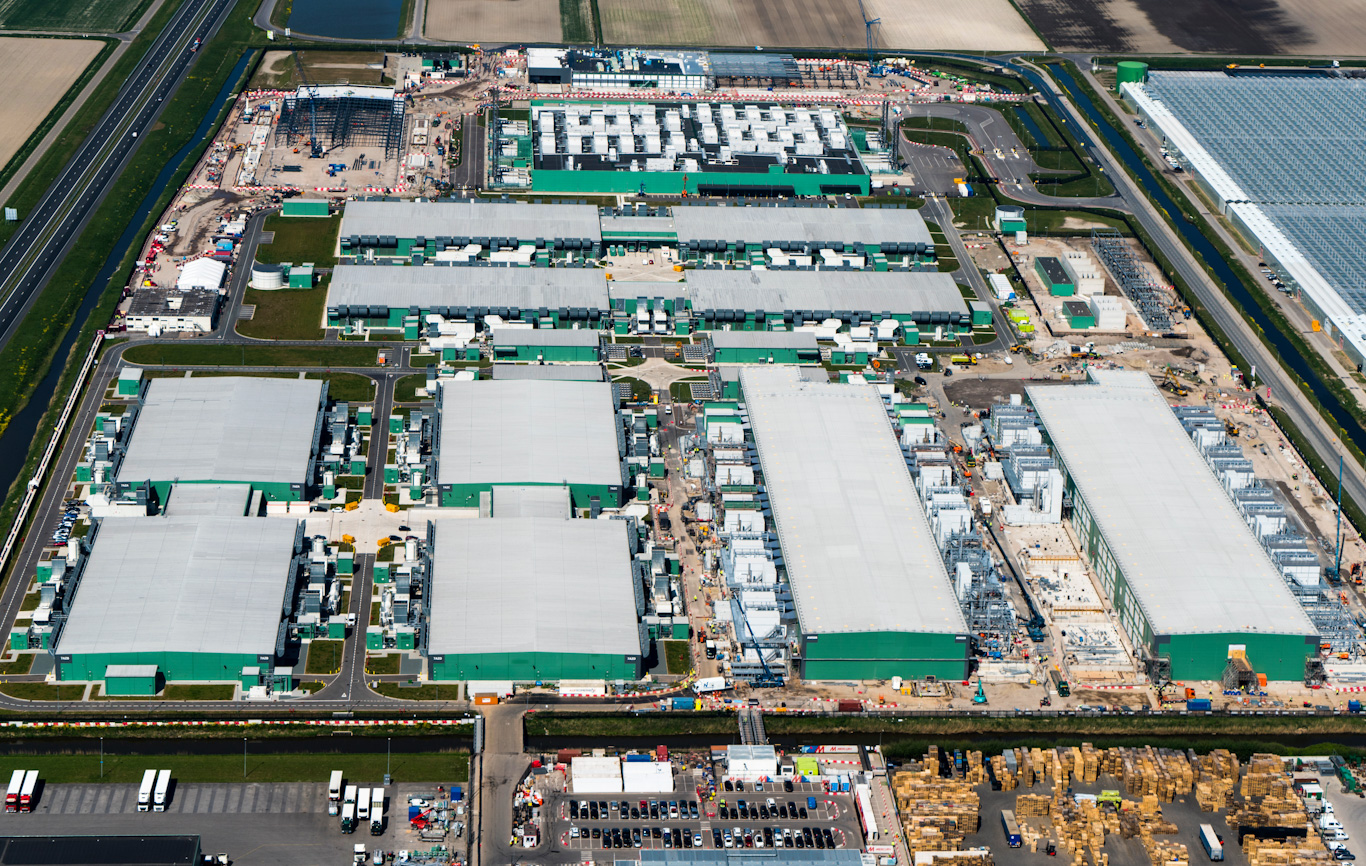 An aerial view of construction site for a new Microsoft datacenter in Middenmeer, Holland. Photo | Shutterstock

Experts are warning that the risks to the environment as a result of AI and related emergent technologies, such as the Internet of Things (IoT) and machine learning systems, are simply not worth it. Roy Schwartz of the Allen Institute for Artificial Intelligence characterized the conclusions of the  as “shocking” and stated that “the larger you make these models, the more energy they consume”, cautioning that if we continue on this traAmherst studyjectory, “we will see a much more significant negative impact on the environment”.

Schwartz stresses that such massive energy consumption doesn’t stop at the stage of AI training and that it is practically impossible to quantify how much energy will be consumed across the world by AI models running in different countries and urged better use of data to substantially reduce energy consumption.

Brilliantly covered for years by independent journalist Cory Morningstar and others, the ruse undertaken by the world’s most powerful corporations and their interlocking interests through international organisms like the World Economic Forum, is becoming increasingly clear.

Despite making public pledges to reduce greenhouse gas emissions by 45% in ten years and similar, largely meaningless promises, companies like Amazon and Microsoft continue to make enormous investments in AI and so-called “renewable energy” infrastructure like wind and solar, which, along with the manufacturing of their consumer products, require as much or more mineral extraction and exploitation of labor in Global South nations than twentieth-century fossil fuel-based methods.

The explosive growth of the technology sector and all of its gadgets in tandem with the illusion of achieving a technological singularity through a digitally interconnected planet only pushes us further into ecological catastrophe. A true renewable energy paradigm and reduction in CO2 emissions cannot come through an economic paradigm predicated on consumption and waste. It requires a culture of conservation and localized subsistence, which the proponents of the singularity have no intention of abiding.

The post Escaping the Singularity: Why Artificial Intelligence Will Not Save the Planet appeared first on MintPress News.