Researchers at The Ohio State University Wexner Medical Center and College of Medicine have announced the discovery of new variants of the novel coronavirus that likely originated here in the United States.

The new variants carry a mutation identical to the strain first seen in the United Kingdom, but they likely arose in a virus strain already present in the country, according to the study’s findings that are currently under review for publication in BioRxiv as a pre-print.

The university noted that it has been sequencing the genome of SARS-CoV-2 viruses in coronavirus-positive patients since March 2020 in order to monitor the evolution of the contagion.

One of the new variants has been identified in only one patient from Ohio, so the researchers admitted that they do not yet know the prevalence of the strain in the general population. In contrast, the evolving strain with the three new mutations has become the dominant virus in the city of Columbus. 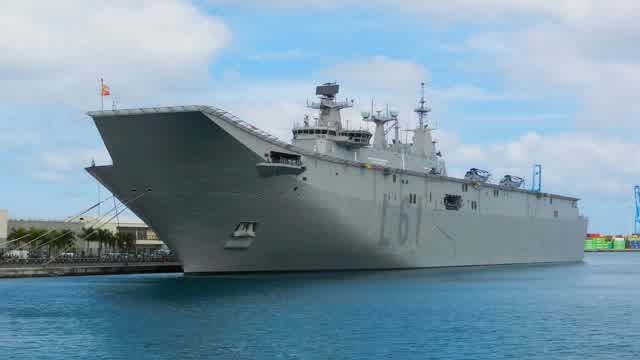 Will Turkey Really Get an Aircraft Carrier Armed with F-35s?

“This new Columbus strain has the same genetic backbone as earlier cases we’ve studied, but these three mutations represent a significant evolution,” the study’s leader Dr. Dan Jones, the vice-chairman of the division of molecular pathology, said in a news release.

“We know this shift didn’t come from the UK or South African branches of the virus.”

The researchers added that the mutations affect the spikes that stud the surface of SARS-CoV-2. These spikes are what enable the virus to attach to and eventually enter human cells.

Like the UK strain, the mutations appear to make the virus more contagious but do not seem more deadly or diminish the effectiveness of vaccines that already have received regulatory approval, the researchers said.

“The big question is whether these mutations will render vaccines and current therapeutic approaches less effective. At this point, we have no data to believe that these mutations will have any impact on the effectiveness of vaccines now in use,” the study’s co-author Peter Mohler, chief scientific officer at the Ohio State Wexner Medical Center and vice dean for research at the College of Medicine, said in a statement.

“It’s important that we don’t overreact to this new variant until we obtain additional data. We need to understand the impact of mutations on transmission of the virus, the prevalence of the strain in the population, and whether it has a more significant impact on human health. Further, it is critical that we continue to monitor the evolution of the virus so we can understand the impact of the mutant forms on the design of both diagnostics and therapeutics. It is critical that we make decisions based on the best science.”

Along with the discovery of the Columbus variant, the researchers now believe that the same mutation may be occurring independently in many parts of the world.

“Viruses naturally mutate and evolve over time, but the changes seen in the last two months have been more prominent than in the first months of the pandemic,” Jones said.

Ethen Kim Lieser is a Minneapolis-based Science and Tech Editor who has held posts at Google, The Korea Herald, Lincoln Journal Star, AsianWeek, and Arirang TV. Follow or contact him on LinkedIn.