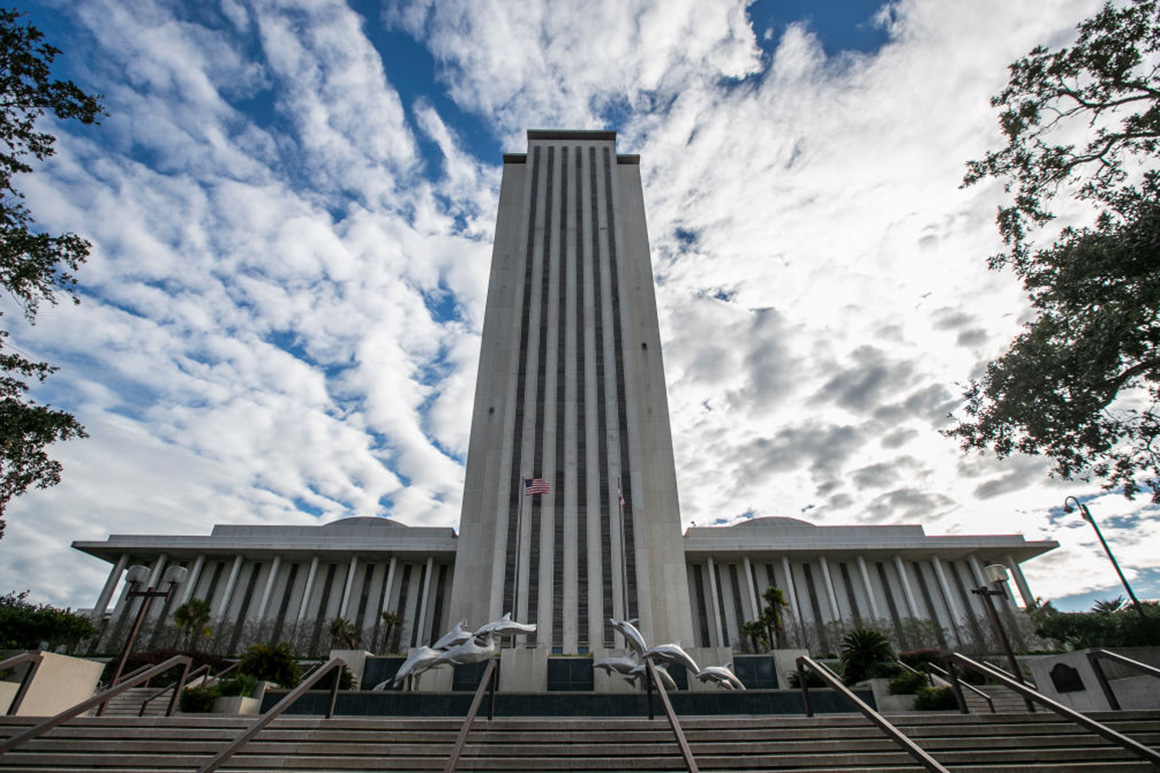 TALLAHASSEE, Fla. — The FBI on Friday arrested a Florida Army veteran on charges of plotting to violently disrupt protests at the state Capitol leading up to President-elect Joe Biden’s inauguration on Wednesday.

Daniel Baker, 33, wanted to encircle protesters at the state Capitol and confine them with guns, U. S. Attorney Lawrence Keefe and the FBI said. Baker, a former U.S. Army Airborne infrantryman who was kicked out of the service in 2007, had issued “a call to arms” seeking others to join the him on Sunday, according to a criminal complaint filed in U.S. District Court. Armed protests in opposition to the election results are planned for all 50 state capitals this weekend.

“This is an armed COUP and can only be stopped by an armed community!“ Baker wrote in a flyer posted online, the complaint alleges. “If you’re afraid to die fighting the enemy, stay in bed and live.”

The allegations: Baker, who lives in Tallahassee, had been working in recent days to identify rioters who joined the insurrection at the U.S. Capitol last week, the complaint alleges. “Yall better hope the cops find you before we do cuz I believe in torturing prisoners for information,“ he wrote in one post, the FBI said. “Yall better turn yourselves in cuz we dont intend to involve the cops.”

Baker, previously featured in a Vice News documentary, can be seen in You Tube videos with a variety of guns, including those with large magazines. He traveled across the U.S. in 2020 to participate in numerous protests, including joining the self-declared autonomous zone in the Capitol Hill neighborhood of Seattle, the complaint alleges.

The arrest: Baker was arrested Friday morning without incident with help from Tallahassee police and the Florida Department of Law Enforcement. He was charged with transmitting an interstate communication “containing a threat to kidnap any person or threat to injure the person of another.“

“Extremists intent on violence from either end of the political and social spectrums must be stopped, and they will be stopped,” Keefe said in a statement. “We will not stop in our efforts to detect, deter, and disrupt anyone else planning to incite or commit violence.”

What’s next: In a statement Friday, Tallahassee Mayor John Dailey urged Gov. Ron DeSantis to deploy National Guard troops in the city this weekend, saying “we cannot risk being underprepared for the potential threat posed by those who wish to attack the citadel of democracy in our state and who may have been emboldened by the events of last week.“

“I am hopeful that we don’t experience any violence in the capital city this weekend or next week, but hope is not a plan and so we must remain vigilant and be prepared,” Dailey said.

Tallahassee City Hall and the Leon County Courthouse will be closed next week through Inauguration Day because of concerns about possible violence involving the inauguration. State legislative leaders have told House and Senate members and their aides to avoid the state Capitol on Sunday. DeSantis has said violent protests will not be tolerated.

“If anything is disorderly, we’re going to act very quickly,” the Republican governor said earlier this week. “If there’s any type of disorder, we’ll have the reinforcements there.”