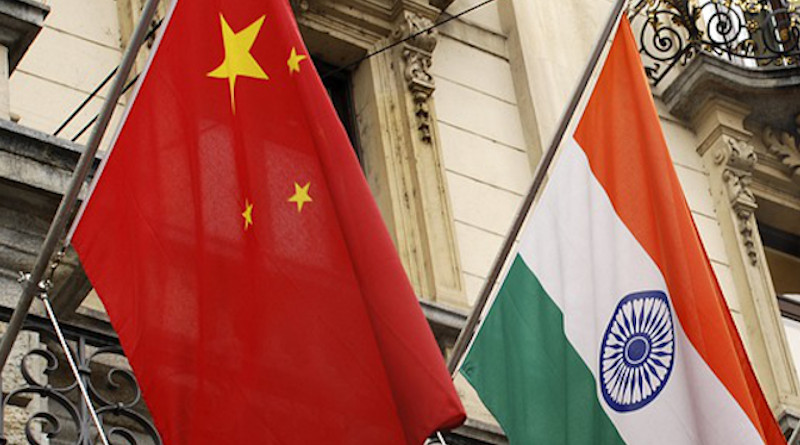 When India attained independence from the British rule, Jawaharlal Nehru became the Prime Minister and remained in the job for around fourteen years till his end. Jawaharlal Nehru was, no doubt, a historian, a scholar and had a firm commitment to India’s cause. He had a deep faith in socialist philosophy. The problem arose when Nehru confused socialist philosophy with communist philosophy and convinced himself that the world was passing through a conflict between communism (socialism in Nehru’s view) and capitalism, which could lead to a war-like situation.

However, Nehru was all the time inclined to emotionally attach himself to the socialist policy, which inevitably resulted in developing soft corner in his mind towards China and Russia, which were communist countries at that time.

With his historical knowledge of the India-China cultural relationship,  Nehru went out of the way to keep China in good humor and he dreamt that his friendly policy would ensure that China and India would be eternal friends and partners. He could  not visualize about China’s ambitions and greed under a communist regime.

It was a shock for Nehru when China occupied Tibet and in the process massacred thousands of innocent Tibetans. Nehru knew that Tibet was wronged, but he did not want to undo his friendly relation with China and also did not have the courage to confront  China. This was particularly so, since confronting China would mean aligning with capitalist country USA, which he did not like. Nehru remained virtually quiet even when China  continued its atrocities in Tibet. To satisfy his conscience, Nehru allowed His Holiness the Dalai Lama and Tibetans to enter India as refugees and accommodated them, taking an “element of risk” in dealing with China.

It was a  second shock for Nehru in 1962, when China entered India and successfully occupied thousands of kilometer of Indian territory. The weak Indian army and not strongly equipped by Nehru, since he assumed that China would not go to the extent of waging a war against India, lost thousands of soldiers. India lost the war and was humiliated.

Nehru passed away around two years later with deep disappointment after clearly realizing that his appeasement policy towards China was wrong and his view about China’s objectives was not  correct, even as the historian Nehru continued to admire the past culture and civilization of China.  Nehru died a sad person.

The next decisive approach towards China happened when Vajpayee, who was the Prime Minister later on, recognized Tibet as part of China. Vajpayee knew that Tibet was wronged, but he did not have the courage to confront China as he was afraid of China’s superior military and technological power. In essence, Vajpayee’s approach towards China was not much different from that of Nehru’s.

When Narendra Modi became the Prime Minister of India, he too adopted what looked like similar policy towards China like that of Nehru and Modi too went out of the way to appease China to keep it in good humor.

With China creating a war like situation with India in recent times once again, Narendra Modi has now realized that his policy towards China is wrong. Unlike Nehru, Narendra Modi now has the time to revise his China policy and it appears that he has finally decided to confront China.

Compared to the year 1962, when the India-China war took place, China has become much more stronger now economically, militarily and technologically. Confronting China is even more difficult now compared to the period when Nehru was the Prime Minister.

Nevertheless, the approach and policy of Modi clearly give an impression that Modi has decided to stand up to China. This is in sharp contrast to the period when Nehru and later on when Vajpayee were the Prime Ministers, when both of them developed cold feet and did not want to confront China to a logical end.

Today, the uppermost priority for Modi is to ensure that China would not indulge in misadventure once again.

Modi is taking many steps to strengthen the army and unlike Nehru, has no prejudice in aligning with USA to fight against China in a border war, if it would become necessary.

Still, some well meaning critics think that Modi is initiating only half steps and does not want to recognize Tibet as an independent country, which would be the ultimate proof for Modi’s determination to stand up to China.

In recent times, China has become more aggressive and has already successfully converted Pakistan to the status of what looks like a client state, particularly since Pakistan has openly declared itself as sworn enemy of India. A joint military war by Pakistan and China on one side and India on the other side is a distinct possibility now.

Modi clearly knows this and has to device his counter plans accordingly. Such plans has to necessarily include forging strong alliance with Taiwan, Japan, Australia and United States, since all these countries share the concern about China’s increasing military power and expansionist policy.

In any case, it is now becoming absolutely clear that Modi approach towards China is not any more based on appeasement of China, as seen in Nehru’s and Vajpayee’s times.

Certainly, China would do its utmost to weaken Modi government internally and externally and create problems for India in variety of ways and try to unsettle India.

Modi now has a challenge as well as opportunity in the China front, to show that he is different from the earlier Prime Ministers of India.

The world watchers are looking at the unfolding scenario with great interest.

The article What Difference Between India’s Approach Now And Then To India? – OpEd appeared first on Eurasia Review.