The U.S. House of Representatives has opened an investigation into this month’s attack on the U.S. Capitol. In a letter to the heads of America’s leading intelligence and law enforcement agencies, House lawmakers asked for any information that could help them understand whether warning signs were missed.

Lawmakers want to know what the intelligence community and federal law enforcement knew about the threats of violence and whether that information was shared with the right people. Capitol Police have said they were unprepared for the ferocity of the attack, which left one of its officers dead.

“Security and logistical preparations before January 6 were not consistent with the prospect of serious and widespread violence,” lawmakers wrote Saturday. “Yet, according to media accounts that have surfaced in recent days, federal and other authorities earlier on possessed — and may have shared with some parties — intelligence and other information forecasting a dire security threat against the Congress’s meeting to certify the election results.”

“These latter reports, if acted upon, might have prompted more extensive planning for the event, and the infusion of far greater security and other resources,” the letter continued. “Tragically that did not happen.”

Lawmakers are also looking for any potential collaborators within the U.S. government itself. They’ve asked for any intelligence about people with security clearances or who hold positions in U.S. national security organizations who may have participated in the insurrection.

They’re also seeking information about potential foreign involvement in the attack: Did the insurrection have “any nexus to foreign influence or misinformation efforts”?

Also Saturday, Democratic members of the Committee on Oversight and Reform wrote to an association of police chiefs to determine how much local law enforcement was involved in the Capitol attack and to see whether any threats remain.

Nearly 30 police officers from departments across the country participated in the pro-Trump rally before the Capitol was stormed. Several are facing federal criminal charges in relation to the riot. 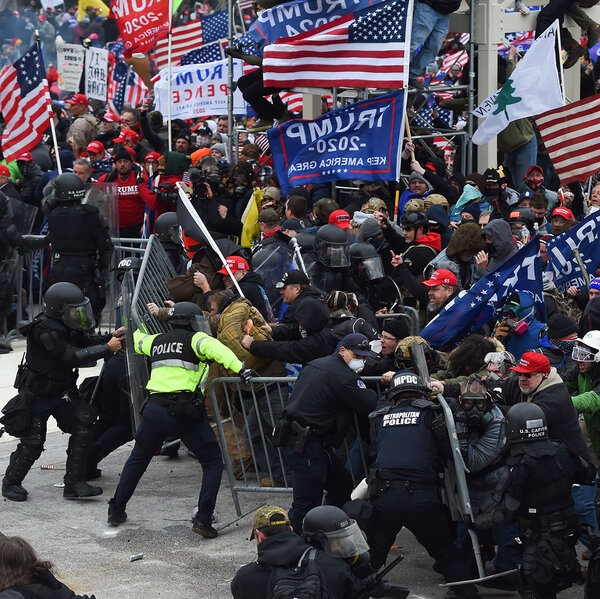 “We are deeply disturbed by reports that a small number of law enforcement officers participated directly in this despicable act of violence against the U.S. Government, thereby placing innocent people and their fellow officers at risk,” said the letter, written by Maloney and Rep. Jamie Raskin, D-Md.

The letter continued: “As law enforcement officers fulfill their responsibility — and put their lives on the line — to defend our country, we must work to identify any individuals within police ranks who have taken action to undermine those efforts, and prevent others who seek to join them.”

On Friday, the Department of Justice said it had begun an internal review of its response to the Capitol attack, including “whether there are any weakness in DOJ protocols, policies, or procedures” that impacted its ability to prepare for the attack.