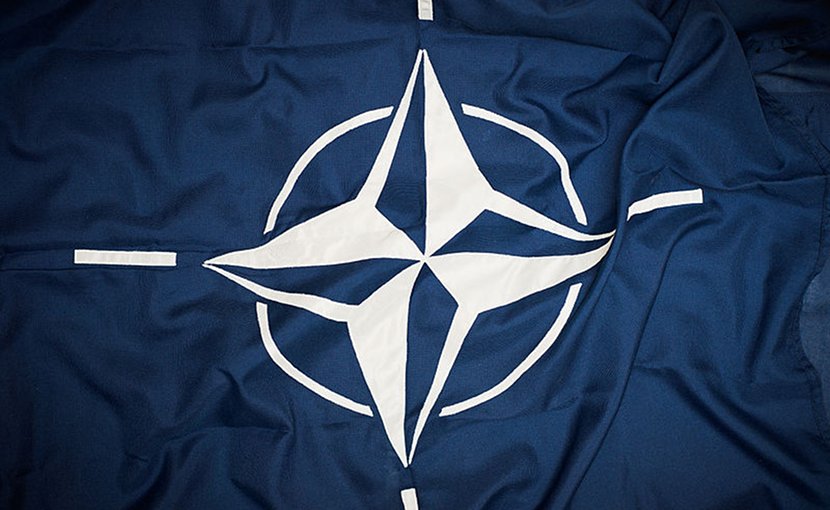 The “China Threat” is no longer a security challenge confined to India, Japan and Indo Pacific nations but now palpably perceived as a global threat- in –the- making impacting the NATO Military Alliance as reflected in the NATO Document released in November 2020.

NATO Alliance (North Atlantic Treaty Organisation) basically shoulders an integrated responsibility for European security but at the turn of the Millennium also extended its reach to Afghanistan as part of its expanded role for ‘Out of NATO Area Operations’.

NATO founded soon after the end of World War II with intense military rivalry manifesting between Western Powers led by United States and the Soviet Bloc led by the Soviet Union, manged to hold the peace in Europe through the entire span of the intense Cold War.

The notable reality is that while the Warsaw Pact disintegrated with the break-up of the Soviet Union in 1991, the Western Alliance NATO continues militarily operational in 2020 and continues to hold the peace in Europe. NATOs strategic gaze now extends to Indo Pacific, QUAD and India as it grapples with a strategic blueprint to counter its perceived China Threat.

With threats to European security now arising directly by emergence of new militaristic powers in areas distant from Europe but impacting European security in diverse manifestations, NATO Alliance is alive to these emerging threats and commissioned studies to map out strategic blueprints for NATO for the unfolding decades.

The NATO Document 2020 is a Strategic Vision Document incorporating the challenges that NATO is likely to face in the run-up to the year 2030.

The ‘China Threat’ figures prominently in NATO’s threat perceptions as an emerging threat to NATO security and the security of its Alliance Partners. In an over 60 pages NATO Document, China has grabbed ample amount of space in terms of scale and manifestations.

An excerpt from the Introductory Paragraphs sets the tenor for NATO’s China Threat perceptions, and it reads “The main characteristic of the current security environment is the re-emergence of geopolitical competition. Return of geopolitical competition has brought about a proliferation of hybrid attacks. This ‘grey zone’ activity has eroded the traditional boundaries of conflict .Domestic and international security bleed across each other.”

After describing the nature of Hybrid Warfare that is rearing its head globally, the NATO Document expresses its perception on the China Threat in the following terms “The growing power assertiveness of China is the other geopolitical development that is changing the strategic calculus of the (NATO) Alliance.”

Digressing to the China Threat in the Indian context, this is what I have been propagating right since 2015 when I published my book on ‘China-India Military Confrontation: 21st Century Perspectives’ that this confrontation is no longer a ‘boundary dispute’ between China and India but an intense ‘geopolitical tussle’ between Asia’s two ascendant powers with clashing trajectories. Hybrid Threats from China against India are in evidence currently.

This Paper does not intend to weigh itself down with voluminous detailed excerpts highlighting the China Threat though each observation in the NATO Document has been arrived at after deliberate study and assessment. This Paper would confine itself to highlight the more significant China Threat perceptions of NATO as analysed for the decade ending 2030.

On a wider plane NATO perceives the China Threat as “The scale of Chinese power and global reach poses acute challenges to open and democratic societies particularly because of that country’s trajectory to authoririanism and expansion of its territorial ambitions.”

Commenting on China’s propensity to use force, the NATO Document highlights that “China has proven its willingness to use force against its neighbours as well as economic coercion and intimidatory diplomacy well beyond the Indo Pacific region.”

On the wider dimensions of the China Threat enveloping the NATO Alliance, the Document states that “While China does not pose an immediate military threat to the Euro-Atlantic area on the scale of Russia, it is expanding its military reach into the Atlantic, Mediterranean, and Arctic, deepening its defence ties with Russia” and further continues to list China’s over-sized full-spectrum expansion of its conventional, nuclear, missiles and force-projection capabilities. It also lists China’s thrusts into spheres of space warfare and cyber warfare.

China’s expanding signatures in the Middle East are also listed as NATOs concerns. In particular its Defence Cooperation Agreement with Iran is cited as such.

NATO’s Eastern Flanks resting on Eastern Europe and Southern Europe resting on the Mediterranean Sea are of immediate concern.

The Eastern Flank is of concern more out of concern of the Russian Threat but also the China footprint likely to increase as a result of China’s Belt and Road projects.

The Southern Flank of NATO in terms of countries economically weak like Italy and Greece etc. vulnerable to Chinese economic penetration initially for a foothold as a prelude to geopolitical penetration seems to be receiving pointed attention by NATO.

In this connection China’s OBOR projects heading across the both the Asian continental and maritime expanses towards Europe are also reflected as strategic concerns.

Reflective of NATO’s strategic moves to counter China Threat manifesting against the Euro-Atlantic Alliance, the NATO Document emphasises the following measures as part its strategic blueprint:

NATO has rightly divined the ‘China Threat’ based on China’s demonstrated propensities to use force in conflictual disputes with its neighbours, China’s unsatiated greed for territorial expansionism at the expense of its weaker neighbours and China’s exponential military expansion of its nuclear and missiles arsenal with global reach.

NATO has rightly woken up to China’s expanding footprints towards the Southern Flanks of NATO resting on the Mediterranean Sea.

NATO strategic concerns on China do not rest on China Threat ‘per se’ but China acting in conjunction with Russia which as NATO has observed is a deepening military relationship. One of my earlier Papers has already termed this as a ‘Virtual” Russia-China Military Alliance.

NATOs interest in Indo Pacific has already resulted in France and UK decisions to send naval patrols to South China Sea. We can expect greater involvement of NATO Navies in the Indian Ocean also.

NATO’s inclination to engage with the QUAD is a welcome naval development both in relation to South China Sea and Indian Ocean.

India figures in NATOs strategic calculus as a power which can contribute to NATOs search for an existential counterweight against China Threat growing global footprints. But as NATO expresses rather accurately that it depends on ‘India’s readiness to engage with NATO.

As a geopolitical and strategic affairs analyst one foresees the inevitability of India engaging with NATO in relation to the China Threat, to begin with, in the context of Indian Ocean security. India geopolitically will be forced to shed its ‘multipolar world’ fixations.

*Dr Subhash Kapila is a Graduate of the Royal British Army Staff College, Masters in Defence Science, and a Doctorate on the subject of ‘Asia Pacific Security -200AD Perspectives (Thesis 1994). Combines a rich experience of Indian Army. Cabinet Secretariat and Diplomatic/Official postings in USA,UK, Japan, South Korea and Bhutan. His last book was on ‘China-India Military Confrontaion:21st Century Perspectives (2015)