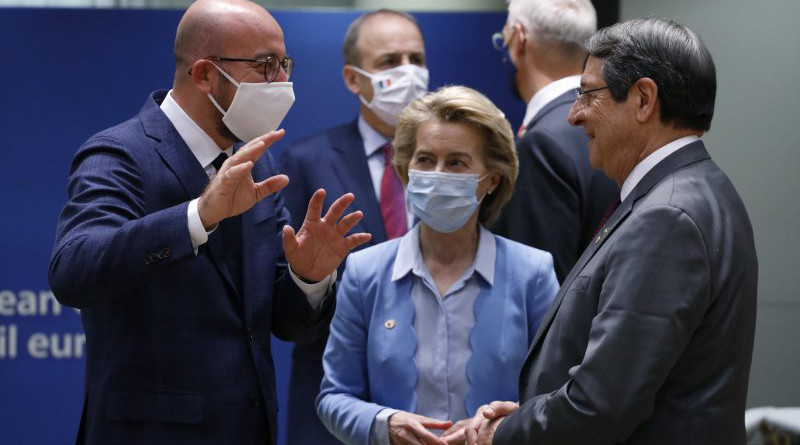 (EurActiv) — Hours before Joe Biden was sworn in as the next US president on Wednesday (20 January), EU leaders extended the invitation to cooperate more closely but also warned that four years of the Trump administration had changed the nature of transatlantic ties.

“This new dawn in America is the moment we’ve been awaiting for so long,” European Commission President Ursula von der Leyen told the European Parliament plenary in Brussels, hailing Biden’s arrival as “resounding proof that, once again, after four long years, Europe has a friend in the White House.”

“The United States are back, and Europe stands ready to reconnect with an old and trusted partner to breathe new life into our cherished alliance,” she added.

“We have our differences and they will not magically disappear. America seems to have changed, and how it is perceived in Europe and the rest of the world has also changed,” Michel said.

This change means that “Europeans must take our fate firmly into our own hands, to defend our interests and promote our values. The EU chooses its course and does not wait for permission to take its own decisions,” he said.

His comments were the latest in a series of more critical statements by European leaders,  which stood in contrast to the hushed tones struck in Europe during most of Trump’s four years in office.

Michel also reiterated the EU’s intention to restore ties and called on Biden to form a “new founding pact” between Washinton and Europe on security, prosperity, freedom and human rights.

“On the first day of his mandate, I address a solemn proposal to the new president: Let’s build a new founding pact for a stronger Europe, for a stronger America and for a better world,” Michel said during a debate in the European Parliament.

According to him, such a framework would entail five priorities – boosting multilateral cooperation, combating COVID-19, tackling climate change, rebuilding economy with a digital transformation, and joining forces on security and peace.

She said that, while it might not be possible “to completely eliminate any of these dark forces” which had led to the storming of the US Capitol on 6 January, hate speech and fake news must not be allowed to circulate freely on the internet.

“This political power, unbridled power held by the big internet giants, must be reined in,” Von der Leyen said, proposing to set up an EU-US Common Technology Council as a first step to draw up a platform for global digital regulation which other countries could join later.

On climate, Biden had pledged on Tuesday to rejoin the Paris Agreement on his first day in office and set a target of reaching net-zero emissions by 2050, a move that mirrors Europe’s own commitments.

On Tuesday, Michel and Borrell hosted a dinner with NATO-Secretary General Jens Stoltenberg to explore joint initiatives to boost relations between Brussels and Washington.

“We look forward to working with President-elect Joe Biden to further strengthen ties between the US and Europe as we face global challenges that no one can face alone,” Stoltenberg said after the dinner.

Stoltenberg has invited Biden to participate in a NATO summit, on a yet to be determined date in spring, while Michel has proposed to organise a special summit between Biden and EU leaders.

Europe, which is facing multiple geopolitical challenges Moscow, but also increasingly from Beijing, under Trump had been left wondering whether the US commitment to its security is slowly eroding after debates about NATO spending shortcomings and the withdrawal of thousands of US troops out of Germany.

Speaking to Reuters, Borrell announced he would invite Biden’s nominee for Secretary of State, Anthony Blinken, to an informal meeting of EU foreign ministers in Lisbon on 4-5 March to restart cooperation.

Across the Atlantic, Blinken outlined his foreign policy vision before the US Senate Foreign Relations Committee on Tuesday, promising to re-engage with global partners.

A staunch Europeanist and multilateralist, Blinken was deputy secretary of state in the Obama administration, and was then-Vice President Biden’s national security adviser.