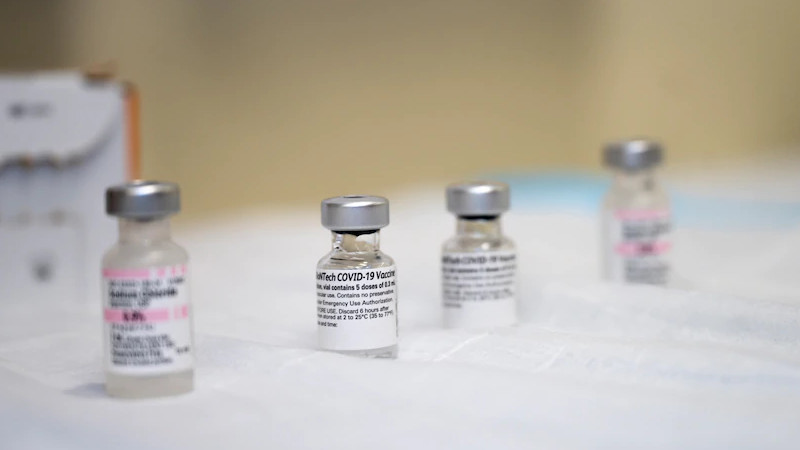 In just three months since we released our last forecast in October, recorded COVID-19 deaths have doubled to over 2 million, as new waves have lifted infections past previous peaks in many countries.

In these same three months, multiple vaccines have seen unexpectedly strong success and some countries have started ambitious vaccination drives. Much now depends on the outcome of this race between a mutating virus and vaccines to end the pandemic, and on the ability of policies to provide effective support until that happens.

There remains tremendous uncertainty and prospects vary greatly across countries.

In our latest World Economic Outlook forecast we project global growth for 2021 at 5.5 percent, 0.3 percentage point higher than our October forecast, moderating to 4.2 percent in 2022. The upgrade for 2021 reflects the positive effects of the onset of vaccinations in some countries, additional policy support at the end of 2020 in economies such as the United States and Japan and an expected increase in contact-intensive activities as the health crisis wanes. However, the positive effects are partially offset by a somewhat worse outlook for the very near term as measures to contain the spread of the virus dampen activity.

There is a great deal of uncertainty around this forecast. Greater success with vaccinations and therapeutics and additional policy support could improve outcomes, while slow vaccine rollout, virus mutations, and premature withdrawal of policy support can worsen outcomes. If downside risks were to materialize, a tightening of financial conditions could amplify the downturn at a time when public and corporate debt are at record highs worldwide.

The projected recovery in growth this year follows a severe collapse in 2020. Even though the estimated collapse (-3.5%) is somewhat less dire than we had previously projected (-4.4%) owing to stronger-than-expected growth in the second half of last year, it remains the worst peacetime global contraction since the Great Depression.

Because of the partial nature of the rebound, over 150 economies are expected to have per-capita incomes below their 2019 levels in 2021. That number declines only modestly to around 110 economies in 2022. At $22 trillion, the projected cumulative output loss over 2020–2025 relative to the pre-pandemic projected levels remains substantial.

Great divergence within and across countries

The strength of the projected recovery also varies significantly across countries, with large differences in projected output losses relative to the pre-COVID forecast. China returned to its pre-pandemic projected level in the fourth quarter of 2020, ahead of all large economies. The United States is projected to surpass its pre-COVID levels this year, well ahead of the euro area. With advanced economies generally expected to recover faster, progress made towards convergence over the last decade is at risk of reversing. Over 50 percent of emerging markets and developing economies that were converging towards advanced economies per capita income over the last decade are expected to diverge over the 2020–2022 period.

The faster recoveries in advanced economies are partly due to their more expansive policy support and quicker access to vaccines relative to many developing countries. Oil exporters and tourism-based economies face particularly difficult prospects given the subdued outlook for oil prices and expected slow normalization of cross-border travel.

Even within countries the burden of the crisis has fallen unevenly across groups and has increased inequality. Workers with less education, youth, women and those informally employed have suffered disproportionate income losses. Close to 90 million individuals are expected to enter extreme poverty over 2020–21, reversing the trends of the past two decades.

Policies to strengthen the recovery and make it inclusive, resilient and green

If vaccines and therapies remain effective against new virus strains, we may be able to exit this crisis with less scarring than was feared and arrest the divergence in prospects across and within countries. However, that will require much more on the policy front.

Firstly, the international community must act swiftly to ensure rapid and broad global access to vaccinations and therapeutics, to correct the deep inequity in access that currently exists. This will require ramping up production and bolstering funding for the COVAX facility and for the logistics of vaccine delivery to poorer nations. The health and economic arguments for this are overwhelming. The new virus strains are a reminder that the pandemic is not over until it is over everywhere, and we estimate that faster progress on ending the health crisis will raise global income cumulatively by $9 trillion over 2020–25, with benefits for all countries, including around $4 trillion for advanced economies.

Secondly, targeted economic lifelines to households and firms should be maintained where the virus is surging to help maintain livelihoods and prevent bankruptcies of otherwise viable firms, enabling a faster rebound once constraints are lifted. In countries where fiscal space is limited, spending should be prioritized for health and transfers to the poor. Once infections are durably declining with broadening immunity to the virus, lifelines can be gradually rolled back by making their parameters less generous over time to incentivize labor mobility and reduce the risk of zombie firms that can impair productivity.

If policy space permits, resources freed up can be reallocated to support the recovery. Priority areas include education spending to remedy the setback to human capital accumulation, digitalization to boost productivity growth, and green investment to create jobs and accelerate the transition to a new climate economy. A synchronized green public investment push by the largest economies with fiscal space to do so can enhance the effectiveness of individual actions and boost cross-border spillovers through trade linkages.

Thirdly, financial stability should be ensured in these highly uncertain times. Monetary policy should remain accommodative to support the recovery where inflation is not at risk, with close attention paid to containing the risks that will likely emerge from historically low interest rates. When pandemic measures such as moratoria on loan payments are eventually withdrawn, there will likely be an increase in bankruptcies and non-performing loans that can push already fragile banking systems into distress. Countries should develop special out-of-court restructuring frameworks to expedite processing bankruptcies, so credit creation is not impaired. Fiscal spending and the output collapse have driven global sovereign debt levels to record highs. While low interest rates alongside the projected rebound in growth in 2021 will stabilize debt levels in many countries, all will benefit from a medium-term fiscal framework to ensure debt remains sustainable.

Lastly, the international community needs to do more to help poorer nations combat the crisis and not fall severely behind in attaining their sustainable development goals. The sharp easing of monetary policy by major central banks improved financing conditions for many in the developing world. However, there are others, more severely constrained, that will require further international support in the form of grants, concessional loans, and debt relief and in some cases outright debt restructuring under the new Common Framework agreed by the G-20.

Confronted with an unprecedented global challenge, the international community must act now to ensure the pandemic is beaten back everywhere, the divergence in prospects across and within countries is reversed, and the world builds forward to a more prosperous, green, and inclusive future.

*Gita Gopinath is the Economic Counsellor and Director of the Research Department at the International Monetary Fund (IMF). She is on leave of public service from Harvard University’s Economics department where she is the John Zwaanstra Professor of International Studies and of Economics. This article was published by IMF Blog

The article Race Between Vaccines And Virus As Recoveries Diverge – Analysis appeared first on Eurasia Review.