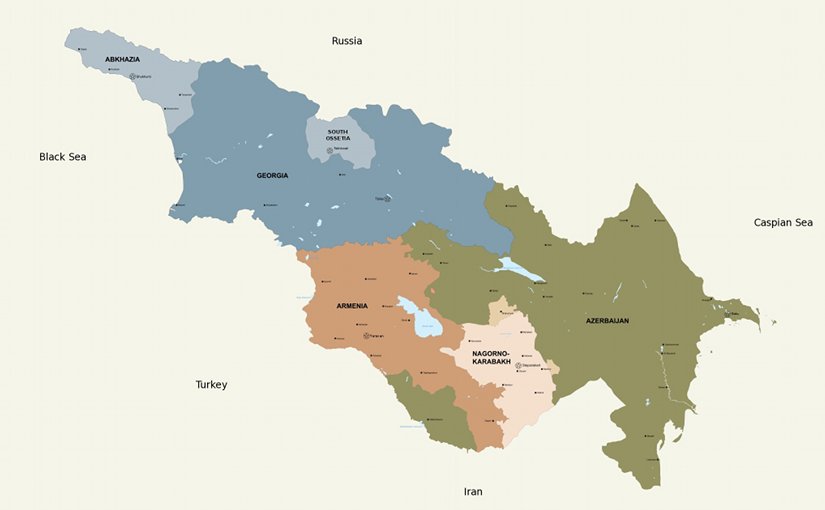 The Second Karabakh War ended with the signing of a trilateral declaration by Russia, Azerbaijan, and Armenia on November 10, 2020, that effectively ended the protracted three-decade-long conflict between Armenia and Azerbaijan. The declaration contained many important provisions that not only ensured the cessation of military hostilities, but also the de-occupation of the remaining Azerbaijani territories, including the cities of Kalbajar (by November 15, 2020) and Aghdam and Lachin (by December 1, 2020) without further fighting (Articles 2 and 6).

Among other provisions of the declaration there were ones concerning the mutual exchange of prisoners of war (POW) and hostages, as well as the recovery of bodies (Article 8), and the unblocking of all transport and economic communications routes (Article 9). The declaration also contained other important provisions; however, the crux of this article is not a review of the implementation of the declaration per se. Rather, the idea is to underscore the importance of demonstrating genuine intent and equal effort on the parts of both Armenia and Azerbaijan towards building lasting peace in the region.

For the first time since both Armenia and Azerbaijan reacquired their independence in 1991, the two might entertain genuine hopes of exploiting new opportunities in the post-Second Karabakh War period and opening up all economic and transport communications between the two countries. The signing of a new trilateral Moscow declaration on January 11, 2021, officialized the unblocking of all economic and transport communications in the region and tasked the relevant governmental bodies of Russia, Azerbaijan, and Armenia with moving ahead with concrete proposals on the establishment of the Nakhchivan (or Mehri) corridor.

Observation of the events since the November 10 declaration enables one to argue that Azerbaijan is genuinely invested in making things work. This becomes clear in the maximally cooperative behavior endorsed by Azerbaijan. For instance, given the climate conditions due to the winter, Azerbaijan responded positively to a request placed by Armenia through the Russian Federation to give a ten-day extension (from November 15 to November 25, 2020) of the deadline for the Armenian Armed Forces and the Armenian population that had settled in Kalbajar during the occupation to leave the region. Unfortunately, this cooperative move by Azerbaijan was not reciprocated. Quite the contrary; the Armenian population engaged in full-scale looting in Kalbajar—destroying and burning houses, cutting down trees, cutting electricity transmission lines, and damaging infrastructure and religious and cultural monuments. The most sadly conspicuous example of such looting activity was the removal of 800-year-old frescoes from the walls of the Khudaveng (Dadivang) monastery in Kalbajar.

Another example of a goodwill gesture by Azerbaijan was that, in line with the November 10 trilateral declaration’s Article 8 on the exchange of POWs and bodies, Azerbaijan returned far more corpses to the Armenian side than vice versa. Azerbaijan has returned about 1200 corpses of Armenian military personnel to the Armenian side since the signing of the November 10 declaration. The number is much smaller on the opposing side. Additionally, by the end of December 2020, 58 Armenian nationals detained in Azerbaijan had been returned to Armenia, while only 14 Azerbaijani citizens had been released from Armenian detention. Moreover, amidst the throes of war, when the exchange of POWs and bodies was not yet systemized through the November 10 declaration, Azerbaijan declared many times that it was ready to return the corpses of Armenian servicemen unilaterally through the Tovuz corridor.

Furthermore, it should also not be overlooked that Azerbaijan allowed Armenian citizens to continue using the parts of the Gorus–Kafan highway that pass through the newly liberated Azerbaijani territories. Lamentably, instead of appreciating this constructive move by Azerbaijan, Armenian radicals daubed derogative graffiti on a highway sign portraying the Azerbaijani map placed on the Azerbaijani part of the road. Videos of Armenians criticizing their own government as well as Azerbaijan for placing this sign alongside the Gorus–Kafan highway went viral over the internet.

Such actions obviously increase animosity and diminish the chances of reconciliation of the two states—in particular as Azerbaijan has been rather consistent in its efforts to demonstrate a maximally cooperative stance, especially when it comes to addressing the needs of ordinary people. To further substantiate this, Azerbaijan allowed humanitarian work by Russian peacekeepers to alleviate the conditions faced by the local Armenian population residing in the areas under those peacekeepers’ control and facilitated the transfer of goods through its main territory; those goods are transported via rail as far as Barda city, then taken by road to the Nagorno-Karabakh region. Azerbaijan allowed such an assistance to take place in consideration of the advent of winter; however, the country was not obliged to do so, as President Ilham Aliyev recently noted.

Unfortunately, some irredentist forces in Armenia are still demonstrating their interest in upsetting this fragile state of affairs. Azerbaijan recently conducted an anti-terror operation against Armenian militias in the forest area around the liberated Hadrut settlement in the Khojavand district of Azerbaijan and detained dozens of Armenian citizens who, by passing through the Lachin corridor after the declaration of November 10, arrived to carry out acts of sabotage against Azerbaijan.

It goes without saying that such incidents undermine the chances of achieving lasting peace and security in the South Caucasus. Good deeds and intentions and bona fide actions should not be one-sided; they deliver the best results when reciprocated. Avoiding the error of bias, it remains clear that Azerbaijan’s efforts towards breaking the back of animosity and fostering confidence-building with Armenia are not yet mutual. Nevertheless, the implementation of the important agreements reached to end the war will only be possible through mutual compromise and genuine efforts.

This holds true not only in relation to the implementation of the November 10, 2020, declaration, but also in regard to the January 11, 2021, Moscow trilateral declaration that vowed to take relations between Armenia and Azerbaijan to a new level via the opening of all economic and transport communications in the region through instrumentalizing the Nakhchivan (Mehri) corridor. Both countries should try to turn the dark pages of their shared history; both should take steps towards one another in order to give a real chance to cooperation and stability in the South Caucasus. Unilateral efforts will not deliver solid results and might eventually fall by the wayside. It is important that both sides engage in cooperative behaviors towards each other for the benefit of building a “Pax Caucasia”: a united and stable South Caucasus.

*Dr. Esmira Jafarova is a Board Member of the Center of Analysis of International Relations (AIR Center), Baku, Azerbaijan

The article Building Peace And Stability In South Caucasus Should Be A Two-Way Street – OpEd appeared first on Eurasia Review.