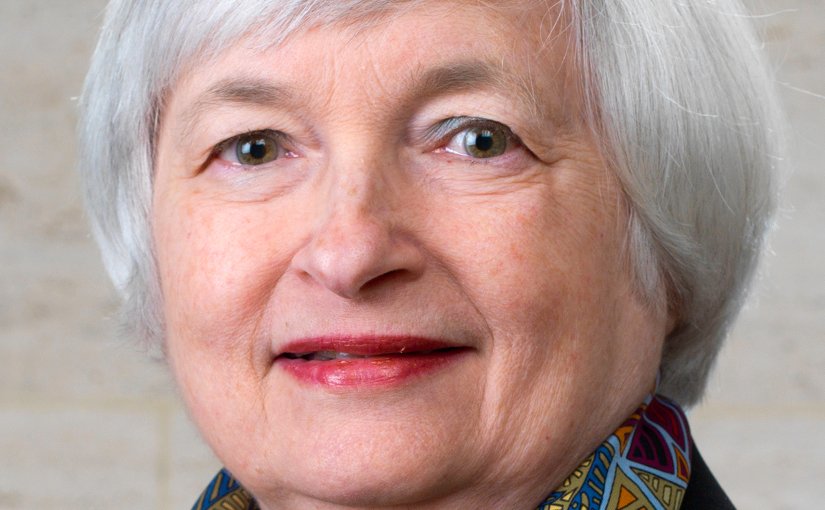 On Tuesday, January 19, 2021, the Treasury secretary designate Janet Yellen outlined before the Senate Finance Committee the likely course of President Joe Biden’s economic policies in the months ahead. Given the fragile state of the US economy as a result of covid-19, Yellen favors Biden’s $1.9 trillion spending plan to provide support to the economy. Yellen seems to be aware that some commentators might have misgivings about such a massive spending plan given the already large budget deficit and vast public debt: the twelve-month moving average of the budget deficit stood at $144 billion in December last year, while as a percentage of GDP the federal debt stood at 131 percent in September 2020 (versus 107 percent in September 2019).

Yellen does not seem to be disturbed by the widening budget deficit and the growing public debt. The reason, argues Yellen, is that the cost of serving the debt as a percentage of GDP is unlikely to strengthen in the months ahead. She holds that the current low level of interest rates is going to soften the potential interest burden that could emanate from the large public debt. From 2004 to the present, interest payments on the debt as a percentage of GDP appear to have been relatively stable, averaging around 0.22 percent (see chart).

According to Yellen, against the background of close-to-zero interest rates, the interest burden is unlikely to be a major issue in the months ahead.

In line with the popular way of thinking, she is of the view that authorities should start spending massively as soon as possible to take the advantage of these low interest rates in order to place the US economy on a healthy foundation. Behind Yellen’s views is the idea that demand generates supply.

This way of thinking, popularized by John Maynard Keynes, posits that an increase in demand sets in motion an increase in supply, encouraging the process of real wealth generation and in turn strengthening economic growth.

At the end of December 2020, the growth rate of AMS (the Austrian measure of the money supply) stood at 74 percent against 4.6 percent in December 2019. This raises the likelihood of a strong increase in price inflation ahead.

Furthermore, given the likely further widening of the budget deficit, which is probably going to be financed by borrowing from the Federal Reserve, the money supply growth rate is expected to zoom to unprecedented heights.

This pool remains, however, under relentless attack from massive increases in money supply and reckless fiscal policies. Hence, it is quite likely that this pool is actually declining (see chart).

If this is the case, then the US economy could experience a severe economic slump in the future. Coupled with the inevitable decline in the purchasing power of money due to the massive increase in money supply, the US could be heading toward a nasty economic environment known as stagflation.

It is important to emphasize that the Federal Reserve provides significant support to government spending. We should expect the holdings of the government debt by the Fed, which stood at around $5 trillion by the end of 2020, to increase further.

A visible decline in the purchasing power of money coupled with growing uncertainty is likely to benefit the price of gold.

While historically an artificial increase in money supply was followed by increases in equity markets, there were periods when this did not come to pass, such as during the Great Depression of 1930. Despite recent strong increases in monetary liquidity due to the extremely loose monetary stance of the Fed, the stock market might not benefit. This could be because of severe deterioration in real economic fundamentals.

Another potential problem ahead for the US economy is President Joe Biden’s plan to raise the minimum wage to $15 per hour.

The president is of the view that by raising the minimum wage he is going to lift workers’ living standards. But to increase the minimum wage is to run the risk of an increase in unemployment at a time when economic conditions appear to be fragile.

It must be realized that a businessperson is unlikely to pay a worker more than the value of the product that the worker generates.

It is only through the increase in capital goods, i.e., through the enhancement and the expansion of the infrastructure, that the labor could become more productive and earn a higher hourly wage.

In order to set in motion an expansion of the infrastructure, the government must cut its involvement with the economy and the central bank should arrest the generation of money out of “thin air.”

The policy of raising the minimum wage could backfire and is likely to result in more unemployed individuals. To “help” the unemployed, the government will be expected to provide them with financial handouts.

These handouts are likely to be financed through an increase in monetary pumping and through the imposition of taxes on wealth generators. This is likely to expand further the economic impoverishment. Note that it is not possible to lift the living standards of individuals by means of impoverishing wealth generators.

US president Joe Biden’s likely economic policy as hinted by the Treasury secretary designate Janet Yellen, coupled with the lifting of the minimum wage and relentless increases in the money supply growth rate, runs the risk of severely damaging the foundations of the US economy. In order to prevent the economy sinking into a lasting state of stagnation, what is required is to cut the government and the Fed’s involvement with the economy and allow businesses to embark on the process of real wealth generation. This will permit businesses to expand the stock of real wealth, which has weakened significantly.

Source: This article was published by the MISES Institute

The article What To Expect From Bidenomics – Analysis appeared first on Eurasia Review.